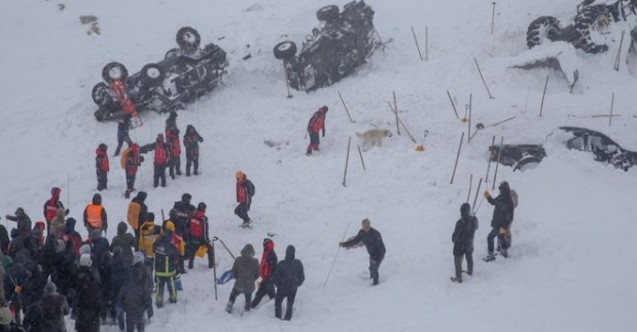 Turkish authorities recovered two more bodies buried by snow on Thursday, bringing the death toll to 41 following two avalanches in Turkey‘s eastern province of Van along the border with Iran.

The avalanches hit Van’s mountainous district of Bahcesaray on Tuesday and then at noon on Wednesday. The second buried a rescue team that was dispatched to recover two people stranded there.

A total of 84 were injured, and nearly 200 rescue members and more than 30 ambulances were still at the scene, the Disaster and Emergency Management Authority (AFAD) said.

No estimate was given on how many were missing.

State news agency Anadolu said a second rescue team, including members of the Turkish Red Crescent, was on standby at the scene.

Anadolu showed pictures of a funeral ceremony for the 22 in Van, with the coffins draped in the Turkish flag. Family members and fellow security officials were seen crying.

Snowfall continued in the city of Van on Thursday, with local authorities saying that more than 100 roads were closed due to bad weather, Anadolu reported.

Turkey reports that it deported an Islamist fighter to Macedonia

Erdogan: Greece should allow migrants through to other EU countries

A 65 year old woman died in the Infectious Diseases Clinic in Skopje from Covid – 19, said Healthcare Minister Venko Filipce. The patient suffered from diabetes, elevated blood pressure and had a prior respiratory illness, Filipce said. This brings the number of confirmed deaths to ten. With 59...
Macedonia 01.04.20 | 13:00