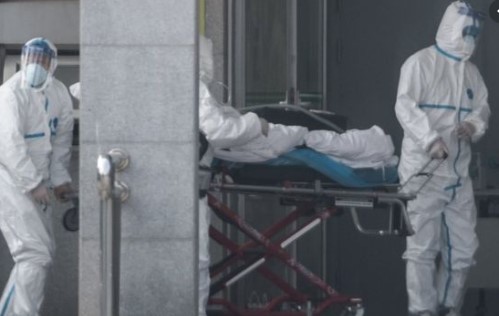 The number of newly-diagnosed infections of the new coronavirus rose by 3,399 over a 24-hour period in China, and another 86 deaths were reported, health authorities said on Saturday.

This is a reverse of a slight decline in new infections that was reported in previous days. The total number of infections stood at 31,774, and the death toll has reached 722, China’s National Health Commission said.

Of the new deaths, 81 were from China’s Hubei province, where the virus originated, bringing the total number of deaths in the province to 699.

The majority of the new infections were also from the province, and 1,985 from Hubei’s city of Wuhan, the epicentre of the outbreak.

In total, authorities said there have been 24,953 cases in Hubei since the outbreak began in December. More than 1,100 patients were cured and discharged, the province’s Health Commission said on Saturday.

The coronavirus outbreak has led to the sealing off of whole cities in Hubei province, as well as villages and neighbourhoods across the country.

The virus has also spread to about two dozen countries since first being identified, prompting the World Health Organization (WHO) to declare a global emergency. So far there have been two deaths outside mainland China, one in Hong Kong and one in the Philippines.

The WHO announced on Thursday that the world’s leading experts on the coronavirus are set to meet in Geneva next week.

The gathering on Tuesday and Wednesday is expected to bring together the latest knowledge and expertise about the virus to discuss treatments and vaccines as well as looking at the possible source of the pathogen and how it spreads.

Several governments have curtailed entries from China due to the outbreak or warned their citizens not to travel to the country.

The coronavirus broke out at a seafood market in Wuhan that reportedly sold exotic animals for consumption – similar to the outbreak of SARS.

SARS, a respiratory disease that infected 8,000 people and killed 800 globally between 2002 and 2003, and also began in China. It was linked to the consumption of civet cats, another exotic meat. The coronavirus belongs to the same family of viruses.

Macedonian citizen quarantined in France does not have the virus, returns home