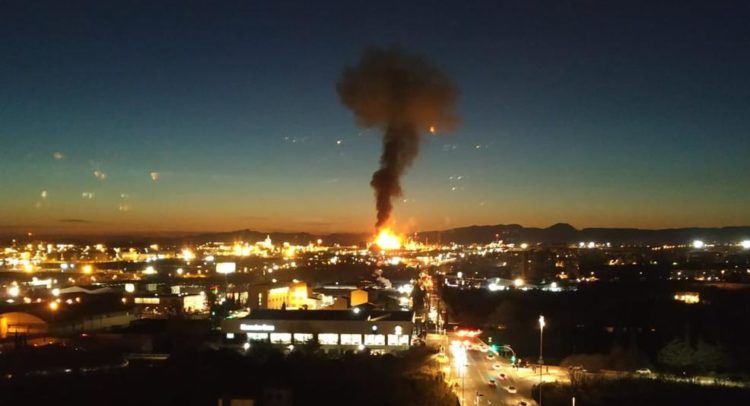 One person has died in an explosion at a chemical facility in Tarragona in north-eastern Spain.

A total of six other people were injured in the incident, Catalonia’s Interior Minister Miquel Buch said on Tuesday, without revealing the identity of the victim.

The company said one other person was missing, but it was not certain if that person was in the plant at the time of the incident.

Authorities in the region of Catalonia had warned people about possible dangerous fumes resulting from the explosion, but there was no indication that there was any danger from the air near the facility, the civil protection agency said.

Residents of three smaller suburbs of the city of Tarragona are being asked to stay inside and keep windows and doors closed, but only due to smoke.

Four roads closed off due to the explosion were reopened.

The explosion occurred just before 7 pm (1800 GMT). It was not immediately clear what caused it.

The Catalan regional President Quim Torra, Buch and other politicians travelled to Tarragona on Tuesday evening to get an idea of ​​the situation there.

Authorities said 24 fire brigades were working together to put out the flames, adding that the fire was largely under control.

The explosion took place at a factory belonging to Spanish company Iqoxe that produces ethylene oxide, a chemical used in the production of cleaning agents and solvents.