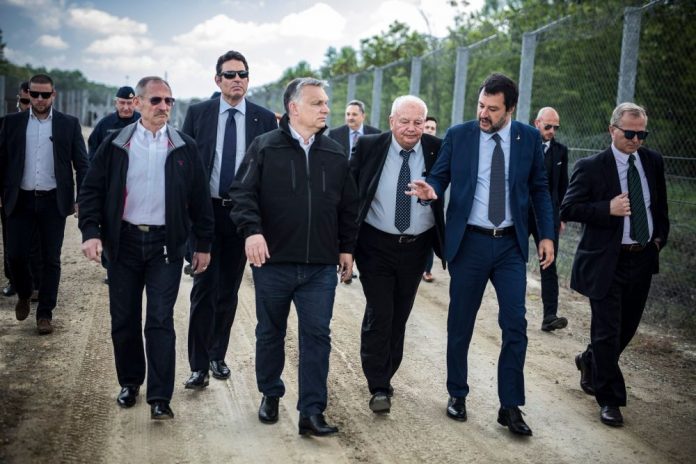 Hungarian Prime Minister Viktor Orban and Italian Interior Minister Matteo Salvini made a joint trip to the Hungarian – Serbian border yesterday, to inspect the work to prevent illegal migration into the European Union along the Balkan route.

Orban and Salvini said that the efforts the two countries are making are necessary to discourage future flows of illegal migrants into Europe and a repeat of the 2015/2016 crisis, and both make this the centerpiece of their approach to the European Parliament elections on May 27th.

I believe that a new Europe formed after May 27th will protect its external borders on land, as in Hungary, or at sea, in Italy. The problem here is not how to distribute the migrants who are already here, but how to prevent thousands more from coming, said Salvini.

European Union officials have demanded that all countries share in a scheme to distribute the migrants who came to Germany after initial welcoming statements by Angela Merkel, and have threatened EU countries who refuse to be part of this plan with sanctions, but opposing countries insist that there will be no end to irregular migration if the external borders are not respected. Orban added that he hopes his EPP party will get closer to Salvini’s way of thinking on migration. Orban remains part of the EPP despite a mutually agreed suspension of membership, while Salvini is running as the head of a new, right wing movement of European parties.