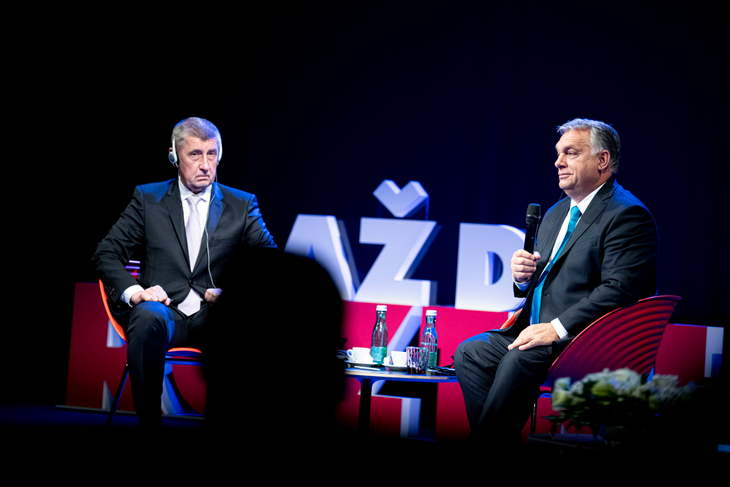 While it was previously thought that the economy of Central Europe could not be operated without the West, the situation has now been reversed, Hungary’s premier said. The Central European region boasts the highest economic growth in the region, including the Baltic states, the countries of the V4 bloc, Croatia, Slovenia, Bulgaria and Romania. “Without it, the EU would have little economic growth and the whole continent would be stagnating.” Today, Western countries cannot operate their own economies without Central Europe, Orban said. Hungary must remain in the European Union, but Central European interests and considerations should be “given more weight than before, in proportion to the region’s actual economic performance.”

Talking about the Hungarian child protection act, he said that it sets out that the parents have an exclusive right to decide about their children’s schooling and sexual education, “LGBTQ activists or representatives of any other ideology are not competent in this matter,” he said, adding that Brussels wants to override this stance.

Those who believe that Christianity is a part of not only the past, but the future, must work together, the Hungarian premier said, recalling the recent visit of Pope Francis to Hungary. Orban added that certain power groups want to move the European continent into “a post-Christian era.” It is an idea especially popular among Brussels bureaucrats.

Hungary’s PM touched upon the subject of the double standard regarding migration. Talking about the border fence of Hungary and the Baltic states, he said: if a liberal government does something, it is always good, but if a conservative government does it, it is always bad, even if the two actions are exactly the same. Mr Orban opined that the EU does not have to take in the Afghan migrants, they have to remain in the region. Europe should help the countries surrounding Afghanistan to cope with the problems posed by those fleeing from the country. But if Germany wishes so, Hungary would gladly open a corridor through which the Afghan migrants can reach Germany, the Hungarian premier stated.

Orban voiced his opinion that Brussels will attempt to force the distribution of the migrants on the member states “again and again,” and “we will have to veto it again and again in the meetings of the Council, just like we did together with Prime Minister Babis years ago.”

Speaking about the Hungarian political situation, the premier said: the current government is fighting with its predecessor, and the stake is to prevent the figures of the Gyurcsany government from returning. He also said in the interview with the Czech paper that those who are demonstrating for Europe are also protesting against Czech and Hungarian sovereignty. This is also supported by the “Soros Network”, the Brussels bureaucracy. Brussels needs servile governments today, he said, not states which are fighting for their own independence. What no one can dispute is that Andrej Babis is one of the greatest fighters in Europe, Orban emphasized.