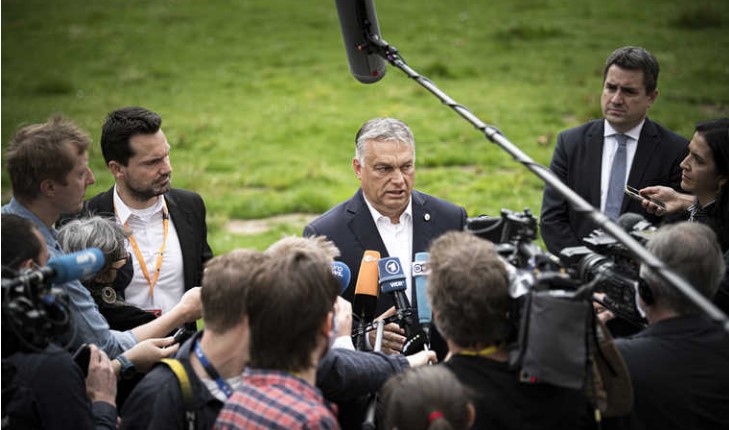 Hungarian Prime Minister Viktor Orbán has said that there is a danger that the European Union summit, which is supposed to provide aid to European economies affected by the coronavirus, will fail because of the Netherlands. The Netherlands, along with several other wealthier countries such as Denmark, is demanding a significant reduction in the package, which is expected to amount to about 450 billion euros and is requesting that Hungary and other Eastern European countries do not receive aid for alleged violations of the rule of law, for which left-wing politicians often accuse the right-wing, which dominates the east of the continent and whose spokesman is Orbán.

I don’t know what is the personal reason for the Dutch prime minister to hate me or Hungary, but he is attacking so harshly, and making very clear that because Hungary in his opinion does not respect the rule of law, [it] must be punished financially. That’s his position, which is not acceptable because there is no decision about what is the rule of law situation in Hungary, Orbán said in a lengthy 20-minute press conference in front of a crowd of foreign reporters in Brussels.

Hungary has been accused by several countries, led by left-wing politicians, of the rule of law situation in the country, and itself has called for a report. In Brussels, Orbán called for the procedure to be speeded up, especially after it turned out that the series of accusations against Hungary for declaring a state of emergency were unfounded and that Hungary had acted in accordance with its laws and European standards.

Orbán is convinced that any serious analysis of the situation will show that Hungary has no problem with the rule of law, but his request for the process to be completed as soon as possible and for unblocking the approval of the much-needed aid to fight the consequences of the virus is delayed in Brussels.

He added that the former communist regime “used unclarified legal terms, exactly the same as which is written in the proposal of the Dutchman. He used Communist terms, he is not aware of that, Orbán said, and on behalf of the V4 group, he asked for the package to be approved as soon as possible, and for it to be as large as possible – that is, to reject the Dutch demands for long negotiations and a small aid package.

The Hungarian Prime Minister assessed that there are growing cultural differences between the two parts of Europe, primarily on the migration issue.

Orbán laughed when a reporter asked him if he still wanted to have “Western society” in Hungary – in the context of frequent criticism from the left-wing that the Hungarian authorities were not in line with Western European ideals.

Ha, ha, this issue has become more complicated because of migration. Migration changed our understanding of the West. We do not want to have multicultural, parallel societies. Now the difference between the western part of the continent and the eastern part is obvious because of the migration issue. But that was not the topic of today’s meeting, Orban said.