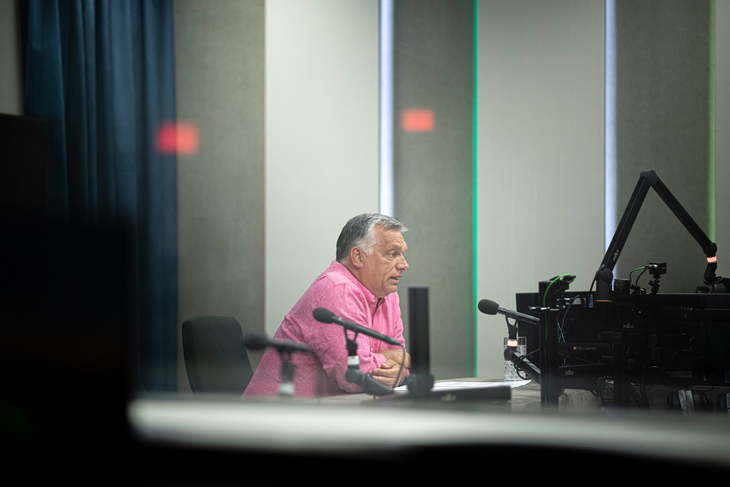 Hungarian Prime Minister Viktor Orban said there are still Hungarians in Afghanistan, including soldiers, and they must be evacuated safely. In his public radio interview, Orban added that Hungary will evacuate those Afghans who may be in danger because they have cooperated with Hungary in the past fifteen to twenty years, but will not admit other asylum seekers and will work to prevent the creation of a new Balkan migrant route, the V4 news agency reported.

I think it’s fair for Hungary and also for the other NATO members that we each take care of those Afghans who cooperated with us while we were stationed in the country and who are now facing the threat of retaliation by the new Afghan government, the premier said, adding that no one should have illusions about the safety of their families going forward. “The right and fair thing to do is to get them out,” Orban said, adding that there is a closed list, but because “we do not want to let just anyone in,” those on it must be vetted and that was not easy from such a distance.

Orban called this the more dangerous but easier part of the job. “The more complicated is the migration crisis,” he said, warning that mass migration is expected. He pointed out that Turkey is the one to watch in this matter. They are the closest, they have knowledge of the region, and they know exactly what the reality is and unlike the US, they are not obsessed with “exporting democracy”. “Cooperation with the Turkish government is key,” the PM stated, adding that it is in Hungary’s interest to keep the would-be migrants who want to leave Afghanistan in the region.

“Take the help there, instead of bring the problem here,” he put it. Apart from cooperation with Turkey, Hungary must “warm up” her already close relations with the countries along the Balkan migration route “to be able to defend our country in the face of the migration crisis,” he said, noting “we have a border fence and border guards with which we can protect ourselves.” Hungary believes that migration is not a human right.

With reference to the US in the context of the situation in Afghanistan, he opined that “savvy is not a matter of the size of a country.” The US is a huge country and “one would think that that would mean a concomitant amount of savvy and information at its disposal,” but it turned out not to be the case. The operation in Afghanistan is “bleeding from a thousand wounds,” the head of government noted. “Everything was fine” while we were attacking the hotbed of terrorist activity in and around Afghanistan, he said. The rule in NATO is that the member states defend each other. Hungary can also be in need of such help, he pointed out. Orban said the troubles began when the “hotbeds of terrorism” had already been destroyed, but the Americans thought it would be good if the entire world functioned as their society does.

Exporting democracy does not take into consideration any cultural-historical characteristics and almost always fails, he claimed. Orban added that “they are also trying to fix Hungary, they think they know best how to handle the migrant and gender issues”.