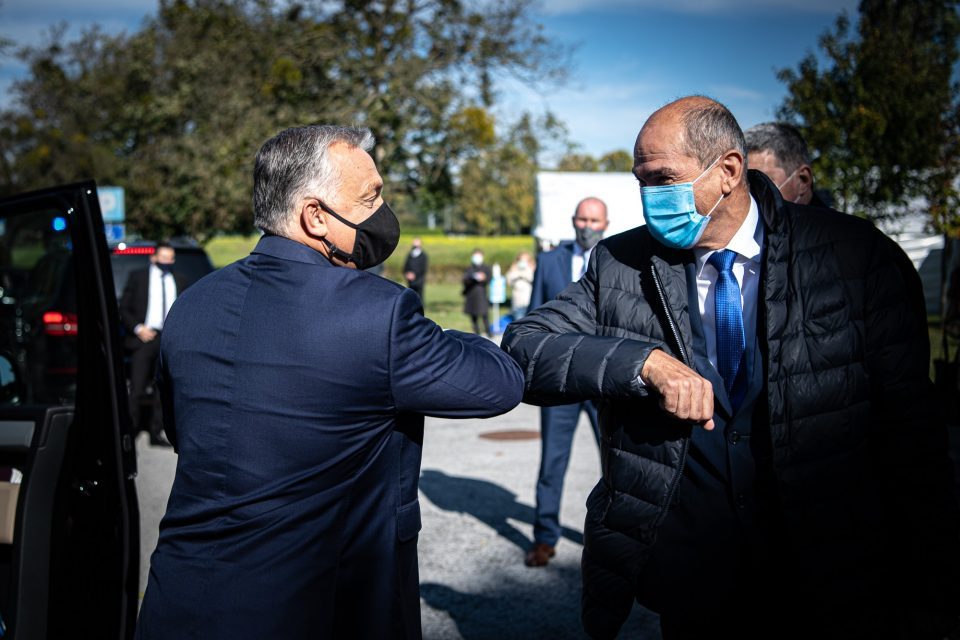 The nexus of economic activity in Europe is moving east, toward Central Europe, said Hungarian Prime Minister viktor Orban during his visit to Slovenia today. Orban and his host, Prime Minister Janez Jansa, opened the new powerline connecting the two countries after decades of stalled work.

It takes trust to connect two countries, especially in a vital resource such as electricity. We work hard to renew trust with out neighbors and after a period in which we were not paying too much attention to each other, we are now two close nations with full trust, allowing us to share our resources, Orban said, adding that this is the biggest investment between the two countries in decades, which will be followed by greater gas and railroad connectivity.

Orban said that the region of Central Europe, where Hungary is growing into a major player, is gaining influence in Europe and is drawing the attention of major geo-political players.

We grow in value and strengthen, our importance is growing. The nexus of economic growth of the whole European Union is shifting east, toward Central Europe. With it, great and powerful countries are trying to gain influence with us and the region is becoming the center of geo-political games. That should not be seen as a problem, that is a good sign that Central Europe is becoming more and more important. EU is no longer just the German – French axis, but the relationship between Western and Central Europe gains in importance, Orban said.

Mickoski: I spoke with Jansa, there is no “Slovenian non-paper”