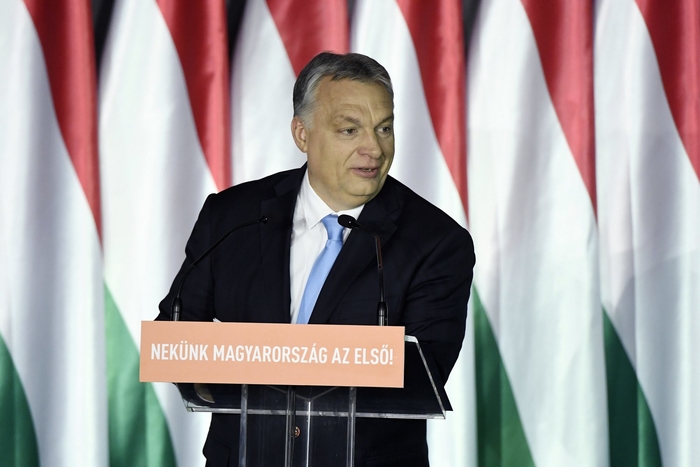 Hungarian Prime Minister Viktor Orban said that the European Union made serious mistakes in the past five years, including the mistaken policies on migration which led to the major 2015 – 2016 crisis.

Over the last five years, the EU has made serious mistakes: one mistake is related to migration. The European Commission needs to stop interfering in migration. All migration-related competencies should be transferred to interior ministers of the member states, Orban said during a student event in Balvanyos.

The Hungarian leader insisted that his own country has a bright future ahead of it. “our finances are in order, unemployment is low, the economy is improving”. But he warned that the country faces threats from the outside, related to the political developments in Europe.

We will have to resist these attacks in the coming years. We managed to alleviate the first danger: electing unsuitable and hostile people as head of important EU institutions. George Soros’s candidates were rejected everywhere, and the ideological guerrillas were pushed aside in the EU, Orban said, referring to his move to reject the appointment of Manfred Weber of Frans Timmermans as head of the European Commission.