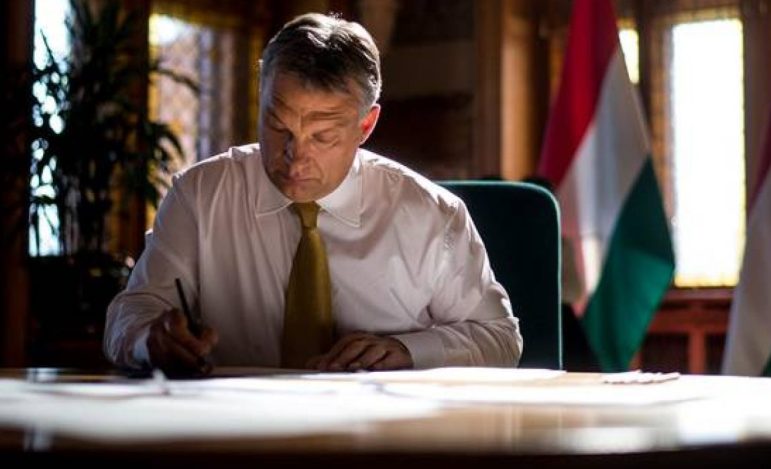 Europe must not succumb to the Soros network, said Hungarian Prime Minister Viktor Orban in a reaction to an article appearing on the Project Syndicate website on 18 November, where the Hungarian-born speculator and billionaire George Soros issued open commands to the leaders of the European Union. In his article he instructs them to severely punish those Member States that do not want to become part of a unifying European empire under the banner of a global “open society”.

Throughout history, Europe’s strength has always been derived from its nations. Although of different origins, European nations were bound together by the common roots of our faith. The foundation of our communities was the European family model, itself based on Judeo-Christian traditions. It was Christian freedom which ensured freedom of thought and culture, and which created benign competition among the continent’s nations. This magnificent amalgam of contrasts made Europe the world’s leading power through centuries of history. Every attempt to unify Europe under the aegis of empire has failed. Thus historical experience tells us that Europe will be great again if its nations become great again, and resist all forms of imperial ambition, Orban said.

According to him, great forces are once again moving to eradicate the nations of Europe and unify the continent under the aegis of a global empire.

The Soros network, which has woven itself through Europe’s bureaucracy and its political elite, has for years been working to make Europe an immigrant continent. Today the Soros network, which promotes a global open society and seeks to abolish national frameworks, is the greatest threat faced by the states of the European Union. The goals of the network are obvious: to create multi-ethnic, multicultural open societies by accelerating migration, and to dismantle national decision-making, placing it in the hands of the global elite, he says.

Orban says the network directed by George Soros wants to put more pressure on nation states than ever before. He is setting the peoples of Europe against one another, he adds.

The network’s operational system is labyrinthine, and is present in various arenas of public life. On the payroll of George Soros are a long list of politicians, journalists, judges, bureaucrats and political agitators masquerading as members of civil society organizations. And although the billionaire accuses all his enemies of corruption, he himself is the most corrupt man in the world. He pays off and buys whoever he can – and those whom he cannot bribe will be slandered, humiliated, intimidated and destroyed by the network through its formidable weapon: the left-wing media battalions, the Hungarian PM says.

The differences between us are obvious. Soros wants an open society, while we want a safe society, Orban says.

According to him, democracy can only be liberal, while we think it can be Christian. According to him, freedom can only serve self-realization, while we believe that freedom can also be used to follow the teachings of Christ, to serve one’s country, and to protect our families. The basis of Christian freedom is the freedom to decide. This is now in jeopardy. If we want to preserve our freedom, Europe must not succumb to the Soros network, Orban says.