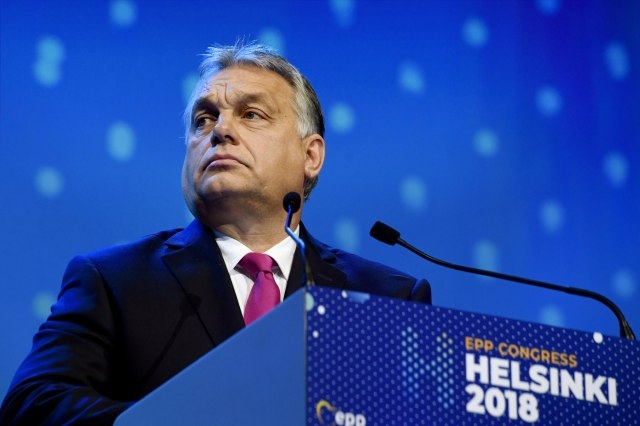 Hungary’s Fidesz party could join a new grouping in the European parliament if staying in the center-right European People’s Party (EPP) does not line up with national interests, Prime Minister Viktor Orban said on Friday.

Fidesz was suspended from the EPP in March over violation of the rule of law, freedom of the press and rights for minorities.

We are members of the EPP right now and we will see which direction the EPP goes … whether we can influence it and whether it is in line with the interests of Hungary and the Hungarian people, Orban said.

If yes, then we will stay, if not, we will sit in a new formation, he said, without saying which alternative grouping Fidesz could join.

The EPP won the EU parliamentary election but with a shrinking share of seats, which obliges it to form a coalition with at least two other groups to obtain a majority.

Regarding a new president of the European Commission, Orban said he would support a candidate who was anti-immigration, had “national feelings” and was “ready to defend” Christian culture.

We have such a candidate in mind, not just one, Orban said, declining to give any names.

Fidesz won more than 52% of votes in Hungary in the European parliamentary election, obtaining 13 seats.