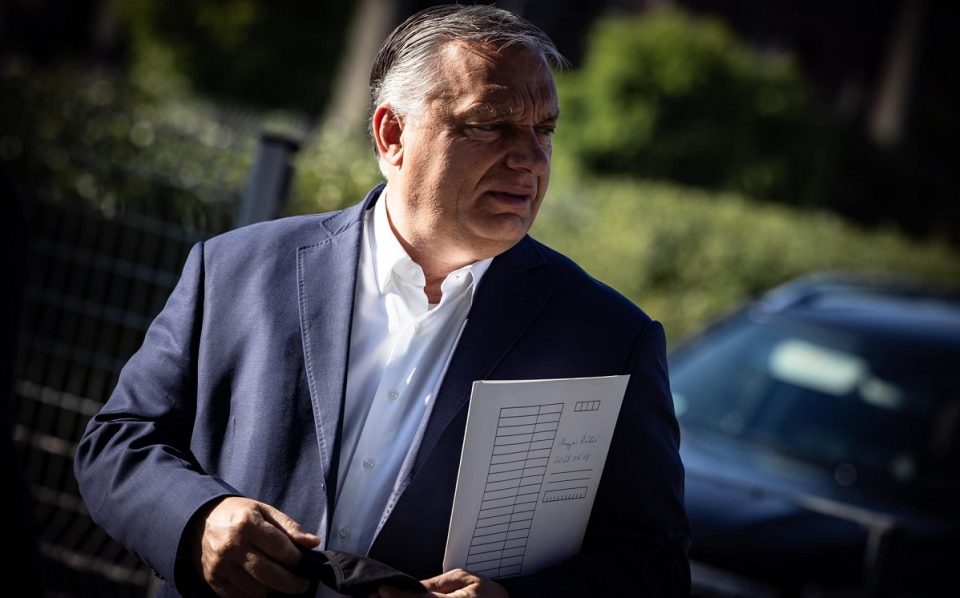 If we stay out of the war, migration, gender madness, the global minimum tax and economic recession, Hungary will be able to maintain its success, Hungarian Prime Minister Viktor Orbán said at the Tusványos Summer Open University earlier today, reports the “About Hungary” news portal.

We are living in a decade of danger, uncertainty and war; and our ability to see the future is limited, Prime Minister Orbán began his speech at the Tusványos Summer Open University this morning, adding that this teaches us to be humble. Europe is in a two-fold, difficult situation, as “the West is losing the natural resources and raw material battle,” and international politics is tearing apart the German-Russian energy axis, he warned.

The three big challenges Hungary is facing today, according to PM Orbán, are demography, migration and gender politics. “Our future depends on these issues,” he said. To overcome them, the prime minister cited Hungary’s family-based society, the fact that migrants have realized the route through Hungary is not the way to gain entry to Europe, and that Hungary was successful in getting gender issue removed from the conditions for EU funding.

Switching to the subject of the war raging in the neighborhood, the prime minister said “there is a war, a crisis in the East, an economic crisis, and war inflation.” He added that every war can be viewed from many different perspectives, but the primary consideration is that there are always casualties and there must be no Hungarian blood sacrificed. “Peace is the only solution to save lives, the only antidote to war inflation, and the only antidote to the economic crisis,” he underlined, adding that the Hungarian view that “this is not our war” would therefore be maintained.

Hungary is a NATO member, and our starting point is that NATO is much stronger than Russia. Therefore, Russia will never attack NATO, PM Orbán said, adding that the Ukrainian argument that “Russia will not stop at Ukraine” is an understandable but weak propaganda statement that aims to drag as many countries as possible into the war on Ukraine’s side.

According to the prime minister, the war has also “shaken” the Polish-Hungarian cooperation, which serves as the backbone of the Visegrád Group. In his view, while Poland’s and Hungary’s strategic goals vis-á-vis the war are perfectly in line, “there is a difference of heart.” Hungarians view this war as a war between two Slavic countries, and they want to stay out of it; whereas the Poles see it as a war that is their own and are already waging it.

And in this matter, as it is a matter of the heart, we cannot come to an agreement. So we must save everything we can of the Polish-Hungarian friendship and strategic alliance for the post-war period, with the help of reason, PM Orbán said.

A new strategy is needed, he said, that does not focus on winning the war but on making a proper offer of peace, adding that the task of the West is not to take the side of any party but to stand between the Russians and the Ukrainians. In the PM’s view, “there will be no peace until there is a Russian-U.S. peace negotiation.” He added that Europe should not aspire to a role in world politics as long as it’s unable to deal with foreign policy issues “in its own backyard.”

Another grand challenge is energy and the economy, the prime minister noted. “The situation today is that the Russians sell less energy but have much more revenue,” whereas “the EU is losing out because its energy deficit has tripled,” he explained. In Hungary, public utility price cuts worked well for ten years, but “the war has upset the system,” and the task now is to somehow protect the reduction in utility bills. “We need to get off gas since electricity is a much smaller burden for Hungary, and then the burden on the Hungarian people will be reduced as well,” PM Orbán said.

In the context of the economy, he highlighted that the whole of Europe is facing the specter of recession. In spite of all this, according to Hungary’s freshly adopted 2023 budget, the Hungarian economy will continue to grow next year, while there will be a downturn in most of the EU. “If we stay out of the war, migration, gender madness, the global minimum tax and economic recession, Hungary will be able to maintain its success,” he concluded, adding that “the good news is that between 2010 and 2020, Hungary came out of every crisis stronger than when it went in.” He also emphasized that to keep Hungary on its growth track, we must be able to make new agreements with the EU, Russia, the U.S. and China, according to Hungary’s national interests.

Hungary can be a local exception in a global recession, PM Orbán said at the end of his speech. Several factors could help achieve this, such as the fact that “we still have our border defenses” and “we have a family-based society,” as well as the fact that “we are in the process of making major military developments” and “diversifying our energy sources.” The prime minister also mentioned the critical opportunity to take advantage of technological change and that foreign capital inflows from the East and West are also essential.

“We are a transit country, and we want to remain a transit economy,” PM Orbán underlined. He also stressed the importance of political stability, which Hungary enjoys due to the government’s fourth consecutive two-thirds mandate, as well as the country’s intellectual foundations, allowing Hungary community-level, national and European ambitions.