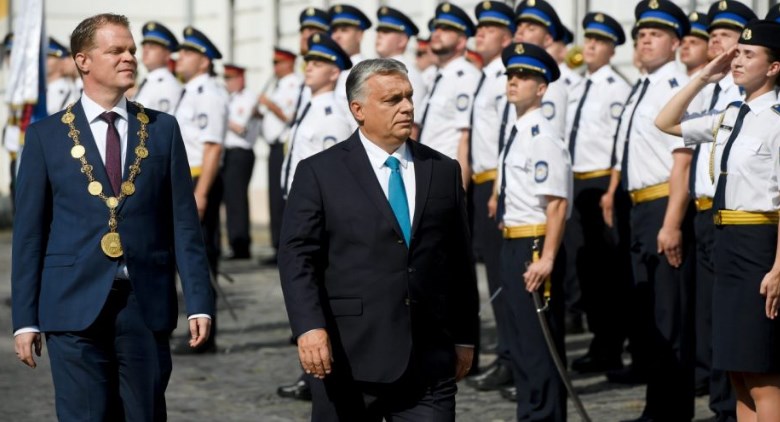 “The future for those in uniform doesn’t seem like it’s going to be simple,” Viktor Orbán said, adding that the world was witnessing “surprising and upsetting developments”.

“Wealthy countries have seen their health-care systems collapse within a matter of days, rich countries are on the way to financial collapse and major cities are seeing unprecedented waves of violence,” Orbán said.

Orbán also spoke about the importance of patriotism, saying that lawfulness, law and order were at the heart of Hungary.

“Everyday patriotism means feeling that the country one lives in is one’s homeland of which there is only one,” the prime minister said. “If this [one homeland] is lost, one can only continue their life in a place that belongs to someone else and where we could only ever hope to be tolerated, or, in a best case scenario, accepted.”

“So we’re ready to preserve it, and if necessary, fight for it from generation to generation, because this is the most valuable thing we can pass on to our children,” Orbán said, adding that the feeling of patriotism “binds us to a shared fate that is great and unique”.

Orbán also referred to the stable economy in Hungary. He assures that finances are in order, the economy is healthy, and that people are ready and able to work at full speed.

We have to prepare for a second coronavirus wave , Orban warns