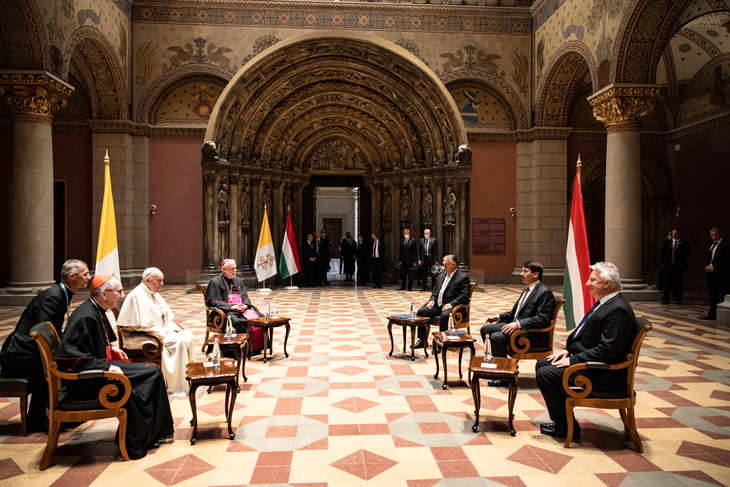 According to Orban’s press office, the Prime Minister handed over to Pope Francis the copy of a letter written by King Bela IV of Hungary to Pope Innocent IV. Pope Francis met  President Janos Ader and PM Viktor Orban, as well as members of the Hungarian Bishops’ Conference and delegations of the Ecumenical Council of Hungarian Churches and Hungarian Jewish organisations in the Museum of Fine Arts. 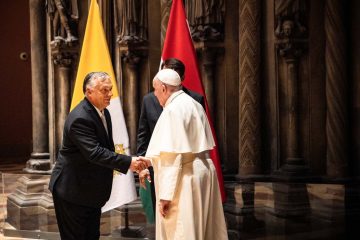 The head of the Catholic Church arrived in Hungary for the closing mass of the International Eucharistic Congress. The Catholic world event’s concluding mass will be celebrated by Pope Francis at Budapest’s Heroes’ Square as a ‘Statio Orbis’ – a liturgy manifesting the unity of the whole Church around the table of the Lord – which is traditionally the most festive event of the Congress.