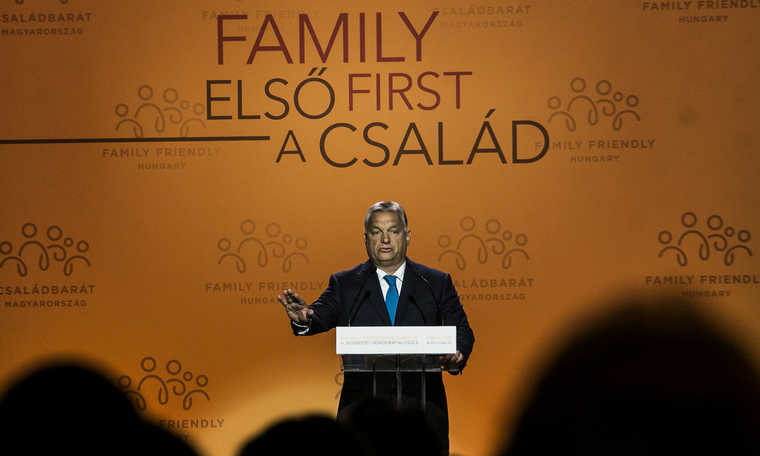 Hungarian Prime Minister viktor Orban declared that for the survival of a nation, it is fundamentally important to understand and pass appropriate family policies, in his remarks at the 3rd Demographic Summit in Budapest.

A family support system shall be introduced which guarantees that the life standards of families do not decrease, but increase by having children. Success can be achieved by cooperation and with the help of the Christian faith, Orban said.

A number of political leaders attended the meeting, from which dire warnings about the demographic decline of Europe were sounded, the V4 news agency reported

If a nation vanishes, something irreplaceable will be lost from the world, the Hungarian Prime Minister added, asking that welfare systems are put in service of pro-natal policies.

As a number of European countries are pushing for immigration to replace the lost native population, Orban said that it will not solve Europe’s problems. He also dismissed environmentalist theories that humans are detrimental to the ecosystem, saying that we are a part of it, not its opponent.