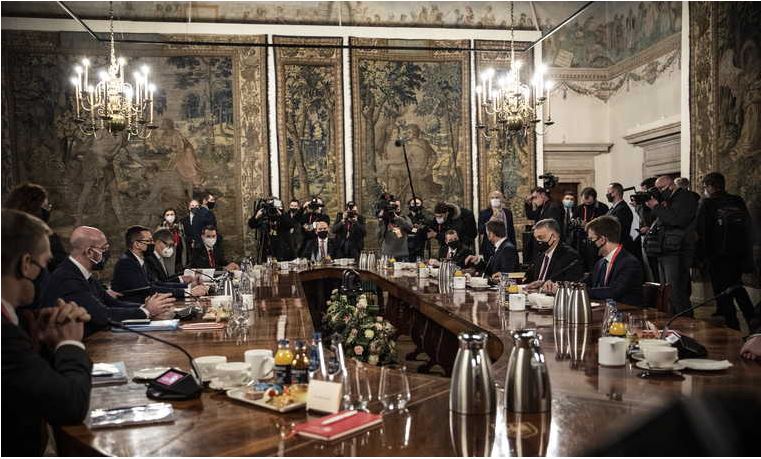 If the V4 bloc wants to achieve results in the next 30 years its members must stay united, because that’s the key to their success, Hungarian PM Viktor Orban said at the Visegrad Group Summit held in Krakow on Wednesday, the V4 news agency reported.

The prime ministers of the Visegrad countries (the Czech Republic, Poland, Hungary, and Slovakia) and European Council President Charles Michel held a discussion at a meeting in Krakow, marking the 30th anniversary of the establishment of the V4 group.
The V4 group needs loyalty and solidarity to continue fulfilling its mission in the future, Viktor Orban told a press briefing held during the summit, in response to a question by Hungary’s public media.

He said Slovakia played a key and strategic role in the cooperation. This is evident if one looks at the map of Europe, and also because Hungary only has a common border section with Slovakia within the V4 bloc. Thus, the northern and southern parts of Central Europe are connected by Slovakia, the premier added. It is crucial for countries of the V4 bloc continue to cooperate and maintain their unity, Hungary’s premier stressed.

Triumph or escape from the end – confidence, but not people’s trust

With a thunderous applause, 62 votes were greeted, which supposedly mean endorsing the government in the confidence vote. The Prime Minister Zoran Zaev himself asked for a vote of confidence, without debate, without discussing the omissions, the wrong policy, the bad negotiations, the changes in the...
Macedonia 03.03.21 | 22:17