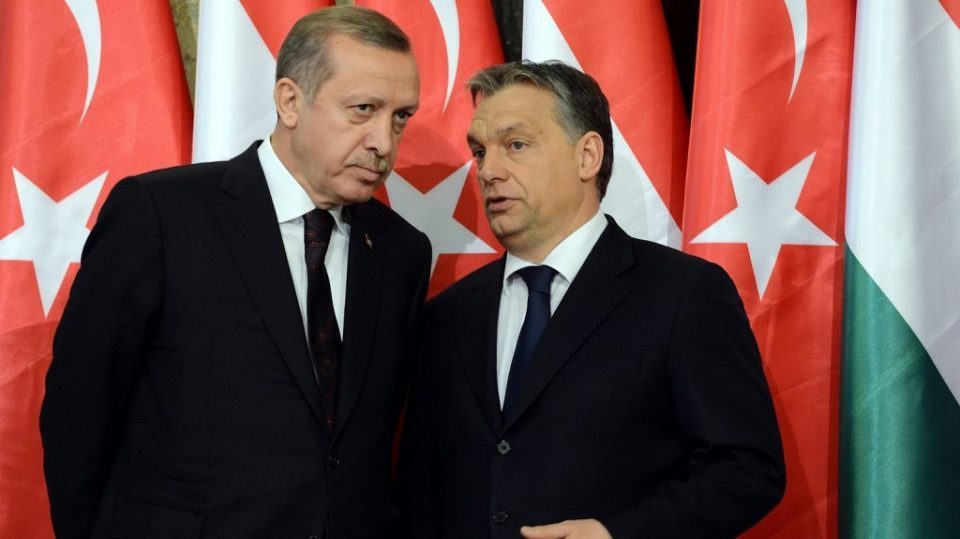 Turkey plays a key role in stopping millions of migrants en route to Hungary and Europe, though the Hungarian opposition cannot or will not understand it. Any attempt to oust Turkish President Recep Tayyip Erdogan would be in the interest of “migration forces”, Hungarian Prime Minister Viktor Orban said in an interview following Erdogan’s visit to Budapest.

Undermining Turkey’s strength, balance, security and order, the pro-migration forces want to make their dream of millions of migrants coming to flood Europe a reality, Orban said, adding that US financier George Soros has set such a goal, claiming that Europe needs an influx of one million migrants a year, reports MTI. As long as Erdogan is in power and Europe can reach an agreement with him, it will open the gates to Syria, not Europe. Until then we are safe, Orban said.

President Recep Tayyip Erdogan during a visit to Budapest said Turkey would have to open the door to Europe for Syrian refugees if Brussels did not give Ankara enough support.