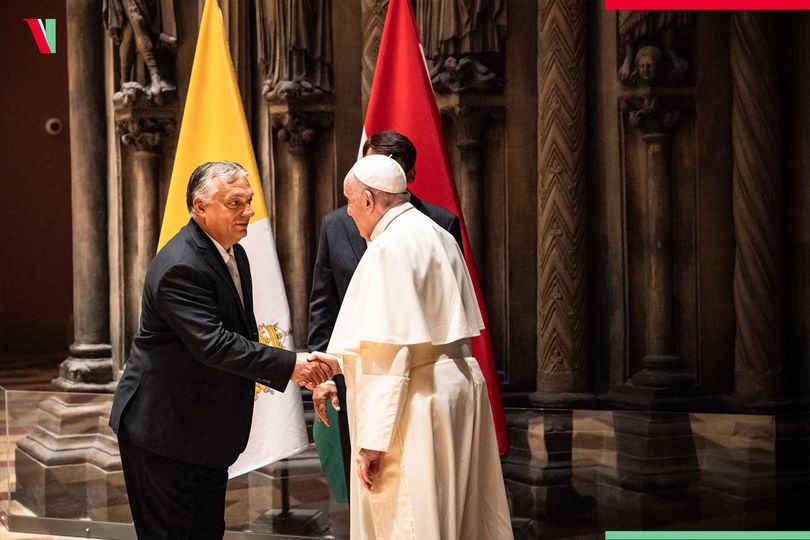 Pope Francis began his apostolic visit to Hungary today, declaring it a “pilgrimage to the heart of Europe”. As part of the pilgrimage, the Pope will also visit Slovakia.

This morning, the Pope met with Hungarian Prime Minister Viktor Orban, who also attended the Mass at Heroes’ Square in Budapest, marking the end of a week-long international congress of the Catholic Church, a large church gathering held every four years. The pope recently underwent surgery, after which he chose Hungary as the first destination he would visit.

During the visit, the Pope will pay special attention to reviving the memory of the martyred Cardinals  József Mindszenty from Hungary and Ján Chryzostom Korec from Slovakia. Mindszenty was a cardinal of the Catholic Church in Hungary from 1945 to 1973, where he was a leading opponent first of fascism and then of the communist dictatorship, arrested and tortured by both regimes, and spent 15 years in political asylum at the US Embassy in Budapest.