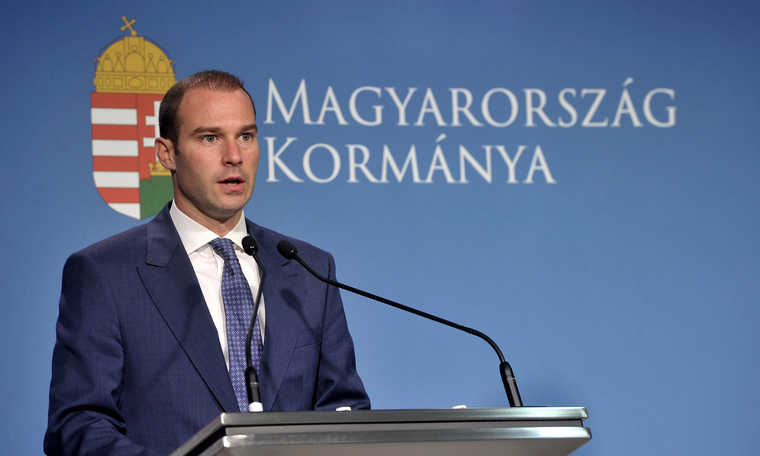 The events at the European Parliament (EP) on Wednesday were unprecedented, according to Hungarian government spokesman Istvan Hollik. The pro-migration Hungarian opposition is completely going against the will of the Hungarian people and the national interest, V4NA reports.

Hollik told journalists in Budapest on Wednesday that the clear national interest of Hungary is to have as many Hungarian EP committee vice-chairs as possible. By their own admission, Hungarian opposition representatives actively tried to prevent governing party MEPs being appointed to leading positions on several committees on Wednesday, he said. The Hungarian opposition brags about trying to block the appointment of the members of the Hungarian governing parties’ representatives to the committees, he added.

By doing this, the opposition MEPs are disregarding the will of the Hungarian people and failing to represent them, Hollik underlined. He recalled that in the EP elections in May, which brought a record turnout, the Hungarian government’s EP representation was mostly entrusted to government MEPs. The governing parties (Fidesz-KDNP) received 53% of the vote, far ahead of the opposition parties. Thus the decision of the Hungarian people was that 13 of the 21 parliamentary seats assigned to the country should go to representatives of Fidesz and KDNP, while opposition parties got only a fraction of that amount.

Hollik stressed that this is why representatives of the governing parties received five nominations within the European People’s Party for committee vice-chair positions. As a result, they would be able to represent Hungarian people, the KDNP politician said. He believes that the pro-migration opposition’s actions go entirely against the will of Hungarian people. The Hungarian government finds this outrageous and unprecedented, as no such thing has happened in the history of Hungary or any other country.