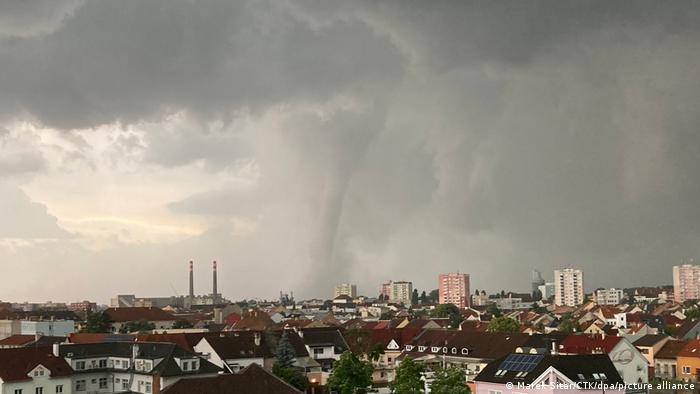 A suspected tornado left a trail of destruction in the south-east of the Czech Republic on Thursday.

Up to 150 people may have been injured, according to an initial estimate by the fire brigade.

In several villages, the roofs of houses were torn off, windows were broken and cars battered by the winds, according to a report by CT television channel.

Several buses were overturned in the storm in the southern Moravia region, the report said.

Several rescue squadrons with dogs were to join the search for people trapped in buildings.

The deputy mayor of the village of Hrusky, near the border with Austria and Slovakia, told CTK news agency that half of the village had been completely destroyed.

Hailstones the size of tennis balls fell in the administrative districts of Breclav and Hodonin, according to reports in social media.

The D2 highway, which runs from Brno to Breclav, was blocked off as high-voltage power lines fell onto the road.