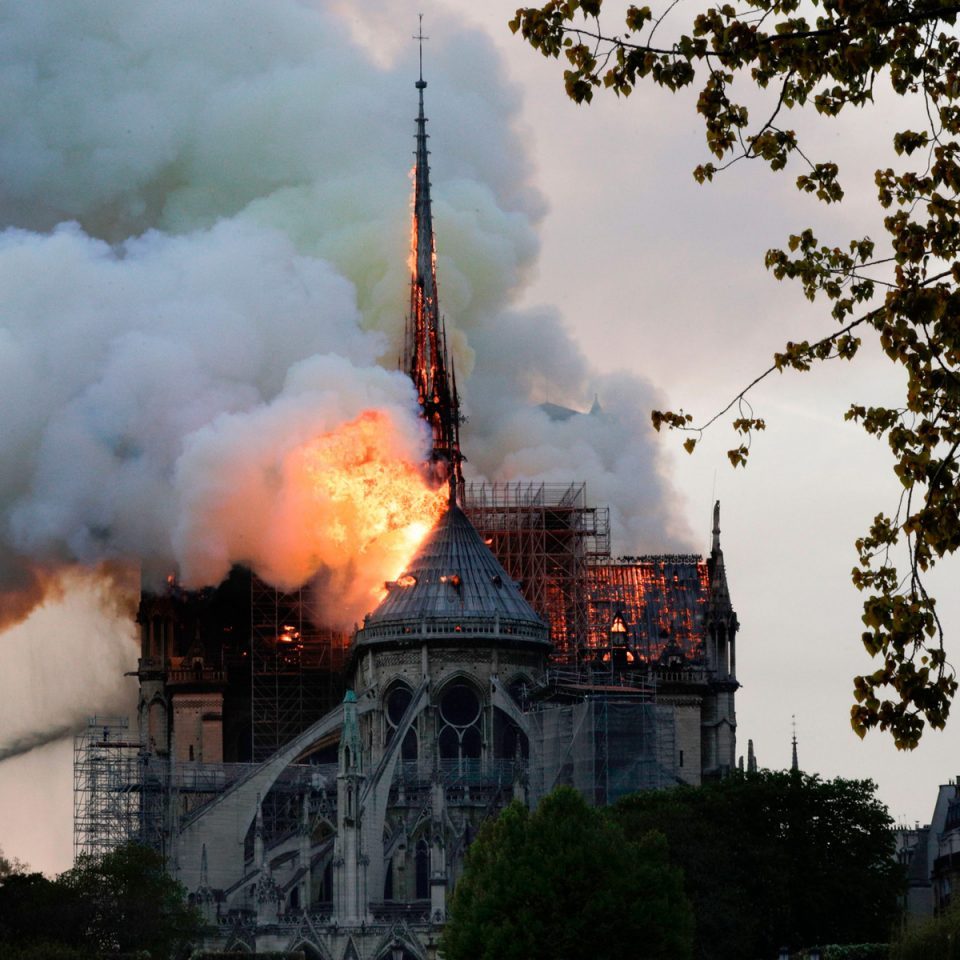 The roof of Paris’ Notre Dame Cathedral collapsed Monday as a massive fire ripped through the structure, CNBC reported.

The city’s mayor and firefighters warned people to stay away from the area. There have been no confirmed deaths, according to Paris police, while a French government official said no injuries had yet been reported.

No injuries were reported in the early stages of the blaze. It was not immediately clear what had caused the fire, while local media reported that police in the city were treating it as an accident. The Paris Prosecutor’s office announced that it has started an inquiry into the fire.

Emergency services also attempted to salvage the artwork stored in the cathedral, which had been undergoing renovations.

The cathedral, which dates back to the 12th century and is famous for featuring in Victor Hugo’s classic novel “The Hunchback of Notre-Dame,” attracts millions of tourists every year.

#NotreDame: ‘The roof has entirely collapsed, there are flames coming out the back of the cathedral as if it was a torch’@charli, Journalist at France 24, at the scene of the fire. pic.twitter.com/2B0IrMiDcL

Mickoski in Paris: Our interest is to turn Macedonia into a technological tiger in the Balkans

Pendarovski says he received no guarantees from Macron, and that he offered a model under which Macedonia could be expelled from the EU even after joining