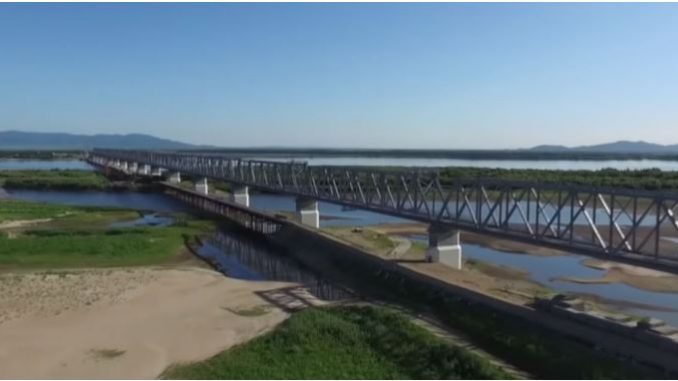 Russia has wrapped up construction of its first rail bridge to China, connecting the two countries across the Amur River, Russian media reported on Thursday.

Construction of the 2,200-meter bridge between Nizhneleninskoye in Russia and Tongjiang city in China began in 2014, underscoring Russia’s Eastern pivot amid deteriorating ties with the West. China completed construction of its section across what it calls the Heilongjiang River in October 2018.

Russia has installed the final steel beam into its section of the bridge, China’s Heilongjiang administration website was quoted by the RBC news website as saying.

“This means that the first railway bridge between the countries has been successfully connected,” the administration said.

Construction work is expected to wrap up in full this July, the project’s chief engineer was quoted as saying by Russia’s state-run media.

The bridge is expected to serve as an international goods transportation channel with an annual shipment volume of 21 million tons when it opens later in 2019.

Orban: There will be gas and electricity in Hungary