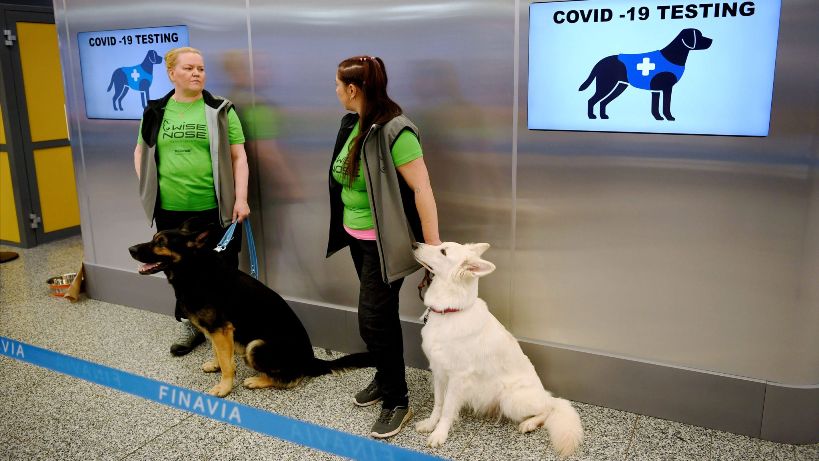 The kennel club’s Hero Dog designation is awarded to dogs that have helped save one or more human lives.

“These four dogs are Hero Dogs in a league of their own,” said Harri Lehkonen, head of the Finnish Kennel Club’s board. “With their work, they have had a positive effect on people’s wellbeing around the world.”

The four dogs are named Kossi, Miina, ET and Valo.

Trained animals are reportedly able to identify the virus before symptoms present and from a far smaller sample than that provided in swab tests.

A dog needs 10 to 100 molecules to identify the virus, whereas test equipment used for PCR tests requires 18 million molecules.

The four dogs have been deployed since September and were set to remain in action until the end of the year.

Travellers entering Helsinki Airport can volunteer for the test. A wipe used on the skin of the neck is dropped into a cup and given to the dog.

If the dog signals a positive result, the passenger is directed to a health information station.

Two of the dogs were previously part of a project aimed at detecting cancer, run by the firm Wise Nose.

Susanna Paavilainen, head of Wise Nose, noted that the Covid-19 sniffer dogs have been well-received by airport staff and passengers.