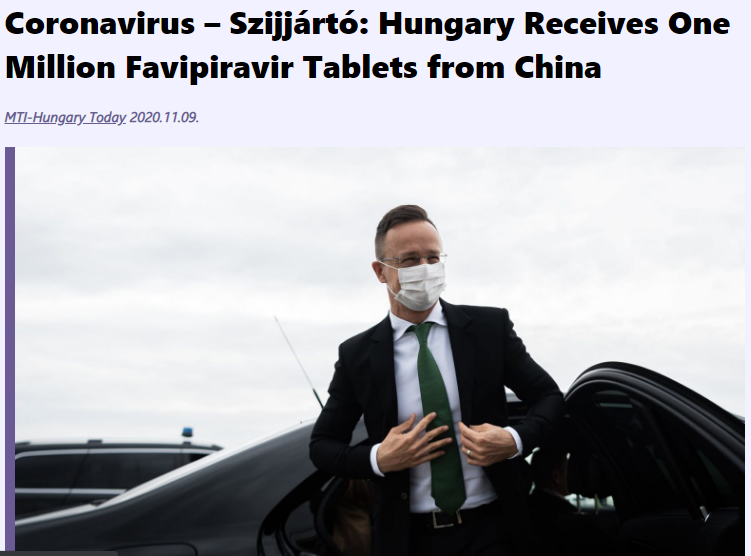 Hungary has taken delivery of one million favipiravir pills in a new shipment from China, the foreign minister said on Monday, Hungary Today reports.

Szijjártó said talks were ongoing with international partners about protection against the novel coronavirus pandemic, including vaccine acquisitions and also medicine to treat patients more effectively. The new shipment arrived from China late on Sunday as a result, he said.

The drug can be used for patients already showing the symptoms of infection but in proper dosage it can help prevent the worsening of symptoms, he said.

Talks are under way with several manufacturers about further acquisitions, Szijjártó said, adding that a shipment of an additional one million tablets is also expected to arrive from Japan at the end of this week.

Szijjártó, who has contracted the virus and is currently in quarantine for the seventh day, said his flu-like symptoms were “not going away as yet” but he expressed hope that his condition would not deteriorate.