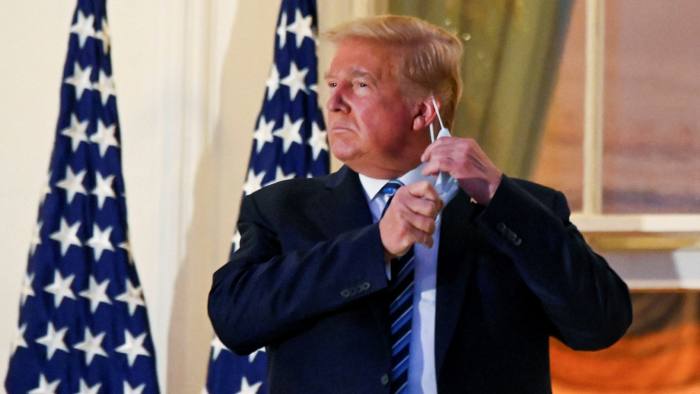 President Donald Trump on Tuesday said a speech that incited supporters before they stormed the US Capitol was “totally appropriate,” remaining defiant even as he faces an unprecedented second impeachment for his role in the deadly violence.

“If you read my speech, and many people have done it … It’s been analysed and people thought that what I said was totally appropriate,” he said in his first remarks to journalists since the attack last week.

The Republican took no responsibility when asked what his role was in the assault on Congress, which left five people dead.

Democrats in the House of Representatives have introduced an article of impeachment against him, accusing Trump of stoking violence against the US government after the mob of loyalists, riled up by his claims of election fraud, broke into the Capitol building.

The impeachment article notes that Trump repeated false claims that he won the November election at a rally moments before the rampage, which temporarily halted a joint Congressional session to certify President-elect Joe Biden’s election victory and forced lawmakers to go into hiding. Trump also egged on the crowd to march to the building.

Trump called the push to impeach him “absolutely ridiculous” and said it was “causing tremendous anger” in the country.

“I want no violence,” he added as he departed the White House on his way to visit the border wall with Mexico.

The House is due to vote later on Tuesday on a resolution brought by Democrats calling on Vice President Mike Pence to invoke the Constitution’s 25th Amendment and remove his boss from office by declaring him unfit to perform his duties.

If Pence refuses to act, as is expected, House Democrats have vowed to quickly move ahead with impeachment proceedings. The lower chamber could vote as early as Wednesday, a week before Biden is due to be inaugurated on January 20.

Trump, who has only eight days left in his term, could become the first US president to be impeached twice. He was impeached in 2019 on allegations of abusing his position, but the Republican-controlled Senate cleared him of charges last year.

“It’s really a continuation of the greatest witch-hunt in the history of politics,” Trump said of the latest impeachment effort.

If the Democrat-led House voted to impeach the Republican president again, a trial would then be conducted in the Senate, where a two-thirds majority would be needed to convict him. Few Republican lawmakers have so far publicly voiced their support for the moves.

There will almost certainly be no outcome before January 20.

If convicted, Trump could be barred from running for office again in 2024.