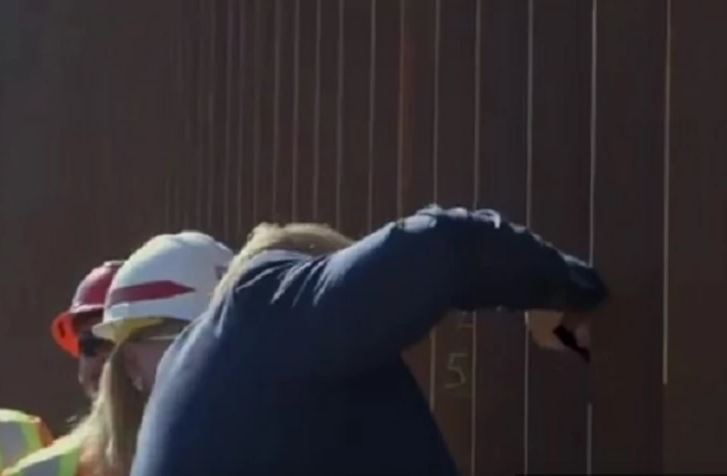 Trump used a permanent marker to sign a new portion of the rust-colored metal barrier, reinforced with concrete and rebar, rising as high as 9 meters at Otay Mesa, a suburb of San Diego that separates California from Tijuana, Mexico.

“There are thousands of people over there that were trying to get in” before this portion of the barricade went up, said Trump, who described the work he inspected Wednesday afternoon as “pretty amazing.”

Trump to temporarily suspend immigration into US amid pandemic

Trump says US will halt WHO funding during coronavirus pandemic