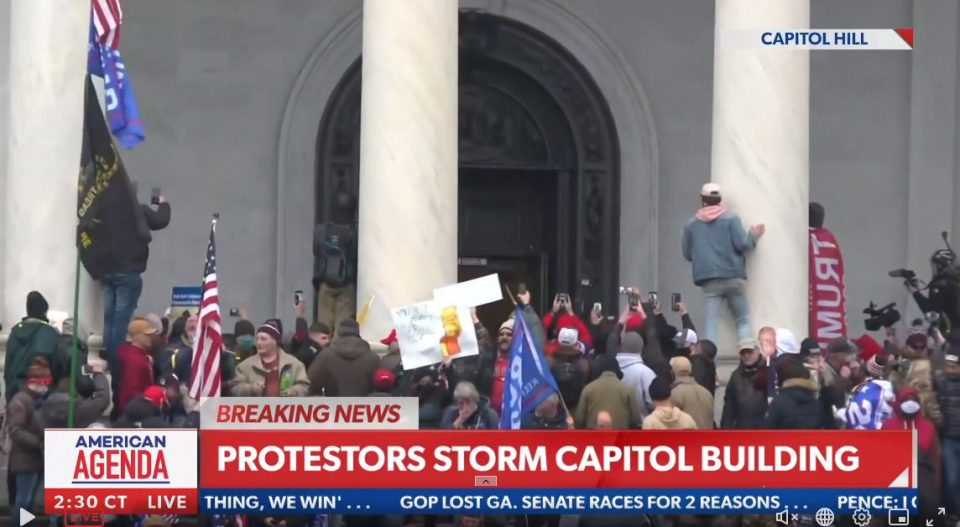 Groups of Donald Trump supporters pushed through the Capitol police and entered the building of Congress in DC. The protests broke out after President Trump addressed a large crowd in Washington, insisting that the presidential election which is being called in favor of Joe Biden was rigged against him. While Trump was still addressing the crowd, hundreds of people took off toward the Congress and after a short brawl with the guards, overwhelmed them and pushed inside.

Trump called on the supporters not to assault the police, which is using tear-gas in an attempt to wrestle control back.

The protest followed a defeat for both Republican candidates in the Georgia Senate race, which means that the Democratic party is about to hold both the White House, Senate and the House of Representatives, giving it the ability to adopt a radical progressive agenda.