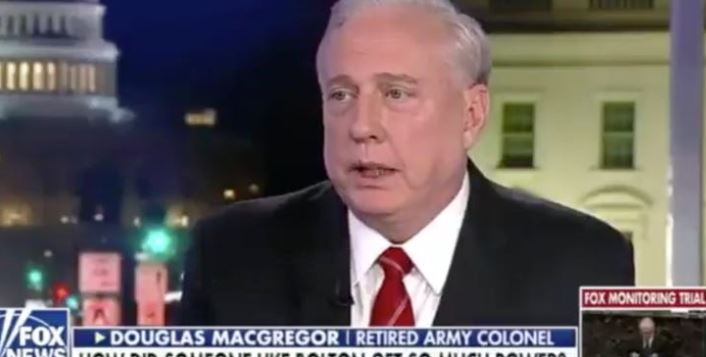 The happiness of German mainstream politicians over the departure of US Ambassador Richard Grenell may soon be spoiled, the V4 news agency reports. President Trump’s new nominee is Douglas Macgregor, a retired colonel of the US army, who may reinforce a narrative Germans are unaccustomed to.

A few days ago, the White House announced that the President of the United States has nominated Douglas Macgregor to become US ambassador to Germany. He is replacing Richard Grenell, who has not been a favourite of Berlin’s elite. President Trump has plans to assign Grenell a new position in his cabinet as intelligence coordinator.

The new nominee is an army veteran, who graduated from the renowned West Point and received his PhD from the University of Virginia in international relations. He played a major role in the 1991 Gulf War operations and was a key strategic advisor to General Wesley Clark, NATO commander of the 1999 NATO intervention in Yugoslavia. In the autumn of 2001, US Secretary of Defence Donald Rumsfeld, asked him for preliminary consultations on the Iraqi intervention. Macgregor retired from military service as a colonel in 2004.

The change in the ambassadorial position is taking place in a period when relations with Germany have soured. Macgregor was nominated after Trump announced a few weeks ago that he would withdraw a significant number of US troops stationed in the country.

The activities of Richard Grenell, who has held the post of ambassador for two years, have been described as a “complete failure” by politicians advocating Merkel’s policy. He has also been characterised as a “right-wing extremist colonial officer” or a “little Trump.” Reportedly, Grenell maintained a good relationship only with Health Minister Jens Spahn in the German government.

Those who have criticised Grenell for his work and personality were overjoyed to hear that Trump will recall him. However, their happiness only lasted until the name of the candidate came to light.

Nevertheless, Berlin would be wise to change its unfriendly attitude towards Grenell, as Germany desperately needs the help of the US secret service, and depends heavily on the knowledge and information of the US in the fight against terrorism. And those areas will soon be overseen by Grenell.

Donald Trump does not seem to be bothered by the opinion of the Berlin political elite. It is little surprise, as there are a number of rational arguments for Colonel Douglas Macgregor’s nomination. The colonel is well acquainted with Europe, has great experience on “the field,” and, having been stationed in Germany, he speaks good German.

At the same time, he does not refrain from heavily criticising German politics, with the issue of immigration being a recurring element in his press releases. For example, he earlier criticised Germany for giving “millions of unwanted Muslim invaders” welfare benefits rather than providing more funding for Bundeswehr.

About the Muslim refugees who have been coming to the country since 2015, he claimed they were coming to Europe “with the goal of eventually turning Europe into an Islamic state.” He also lamented in an earlier interview that the European Union provided “very luxurious and extremely expensive welfare” benefits to them.

The atmosphere at the US Embassy in Berlin is quiet for the time being. Even the Germans are satisfied, with professional diplomats taking care of the ongoing affairs. This will remain the case for some time to come, as the US Senate will decide about Macgregor’s appointment months from now – with a coordinated resistance to Trump’s candidate already emerging. But even if he is given the green light at the Senate, he is unlikely to occupy the Berlin ambassador’s chair before the US elections to be held in November.