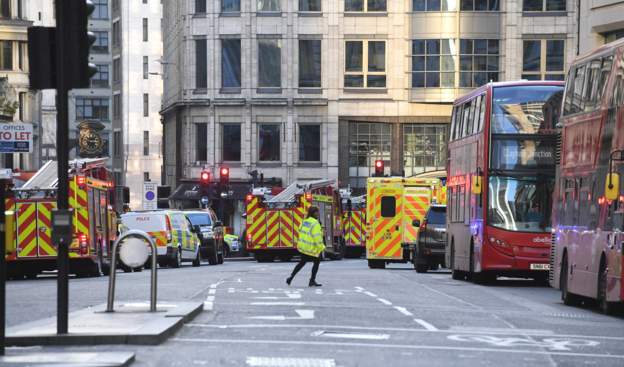 Two members of the public have died after a stabbing attack at London Bridge, in which police also shot dead the suspect.

The Met Police has declared the attack a terrorist incident.

The suspect, who died at the scene, was believed to have been wearing a hoax explosive device, police said.

Videos on social media appear to show passers-by holding down a man. An officer arrives, seems to indicate to the group to move, and fires a shot.

A Whitehall source confirmed two members of the public died to the BBC but gave no further information.

Details are still emerging and Neil Basu, the head of UK counter-terrorism policing, said the force was keeping an open mind over the motive.