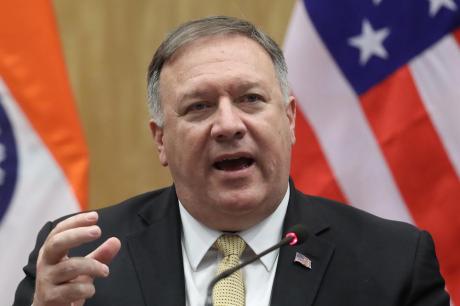 The US began the formal process of withdrawing from the Paris climate accord, Secretary of State Mike Pompeo announced on Monday, the first available day for Washington to legally make the move.

US President Donald Trump was a staunch opponent of the accord when he ran for office, and his administration has been proactively rolling back environmental regulations, saying they inhibit business and give other countries an edge.

Pompeo cited the “unfair economic burden imposed on American workers, businesses, and taxpayers by US pledges made under the agreement,” in announcing the withdrawal. He said a “realistic and pragmatic model” will be proposed by the US to counter the global accord.

The 2015 agreement was signed by nearly all countries, putting the Trump administration effectively at odds with all its allies and major competitors on the issue of climate change. Trump himself is a climate sceptic.

The Trump administration formally notified the United Nations of its withdrawal on Monday, starting a one-year process that would be completed the day after the 2020 US presidential election.

A UN spokesperson confirmed to dpa that the world body had received the letter.

Trump regularly uses stump speeches at his political rallies to tout his love for clean air and clean water. “We have the cleanest air in the world in the United States,” is a recurring refrain from the president.

However, studies have warned that since 2016 some types of air pollution are on the rise.

Globally, scientists are almost universally concerned that rising temperatures caused by man-made carbon emissions will cause severe negative consequences for life on the planet.

The Paris agreement was seen as the bare minimum needed to avoid the most catastrophic outcome.

“Abandoning the Paris Agreement is an abdication of leadership that the vast majority of Americans oppose,” said Michael Bloomberg, former New York mayor and UN special envoy for climate action.

“Trump can run from the Paris agreement, but he can’t hide from the climate crisis,” said Jean Su, energy director at the Center for Biological Diversity.

The lawsuit is the latest attempt by liberal-led states to counteract dictates from the White House on the environment.