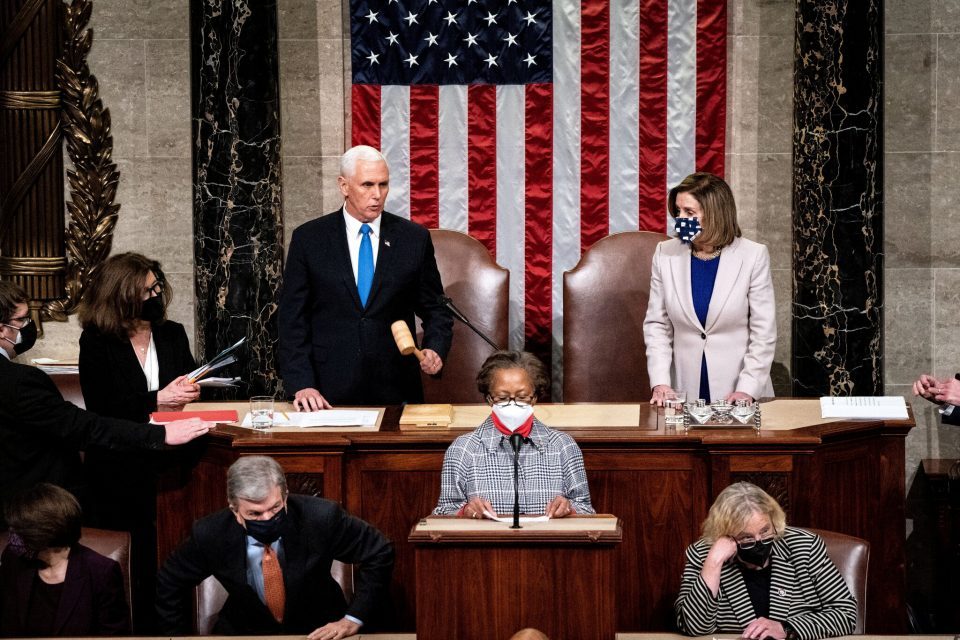 Joe Biden was formally recognized by Congress as the next U.S. president early Thursday, ending two months of failed challenges by his predecessor, Donald Trump, that exploded into violence at the U.S. Capitol as lawmakers met to ratify the election result.

The Democratic president-elect’s victory was sealed after House and Senate members fended off a final round of objections to the Nov. 3 election outcome raised by a handful of Republicans on Trump’s behalf. The proceedings were disrupted for several hours as pro-Trump demonstrators overran police lines, besieged the House chamber and entered the Senate chamber, sending lawmakers fleeing for safety.