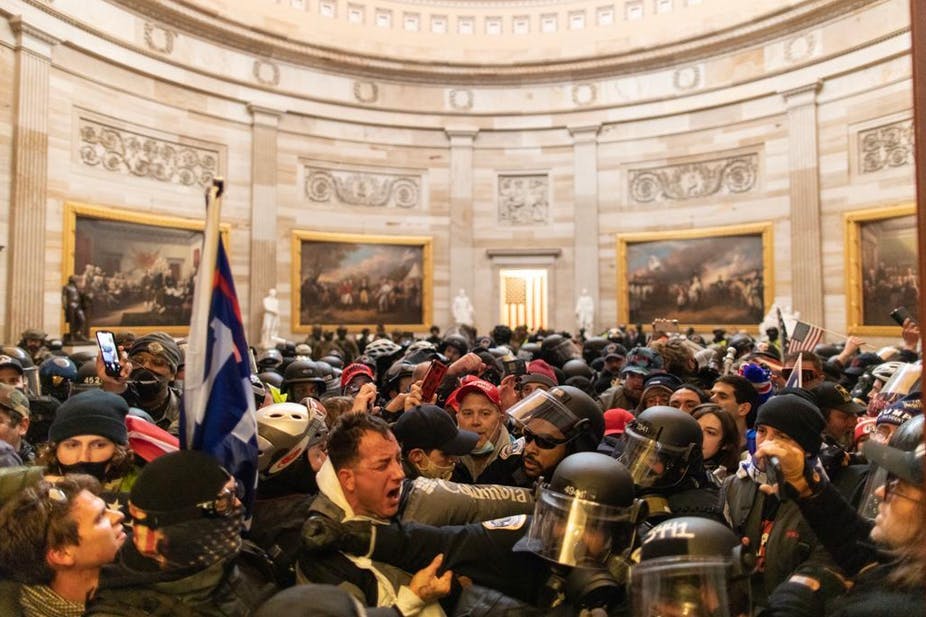 Federal agents and detectives from the D.C. Metropolitan Police Department have launched a broad and multipronged investigation into the mayhem and death Wednesday at the United States Capitol, that sources tell ABC News includes an effort to determine the motives of a paramilitary faction of the mob that invaded the heart of American government.

Investigators have begun the painstaking task of unwinding and documenting the events of Jan. 6, as thousands of pro-Trump rally-goers crossed the National Mall, overran Capitol Police metal barricades, and barged through the hallowed halls of the U.S. Capitol building. In the chaos, five people died, including Capitol Police officer Brian Sicknick.

Already, the Department of Justice has announced numerous arrests of intruders, including one who posted photos of himself seated at House Speaker Nancy Pelosi’s desk.

“The idiots who self-identify will be the first to go,” Boyce said.