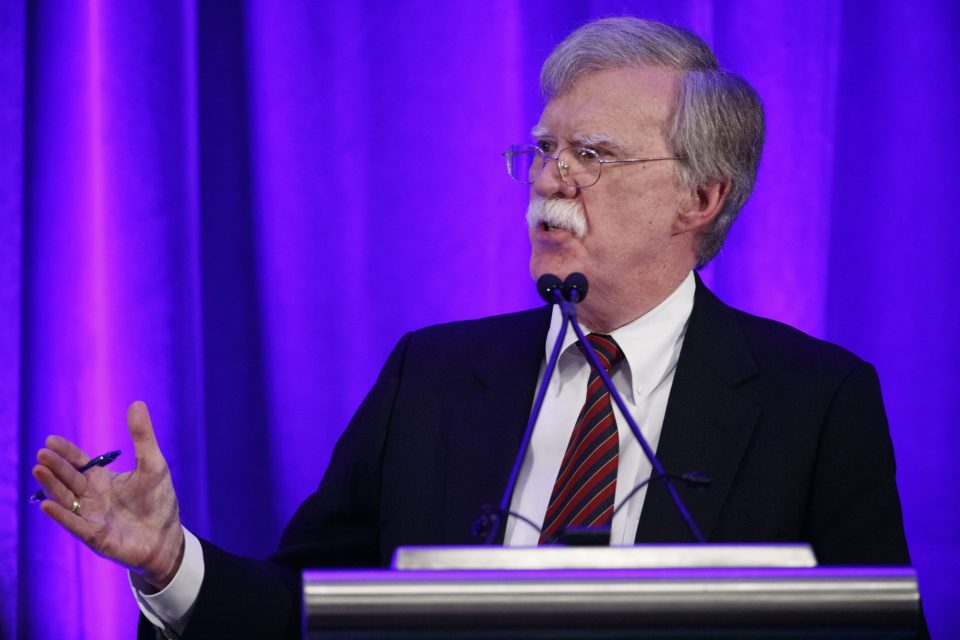 The United States will deploy a carrier strike group and a bomber task force to the Middle East to send a “clear and unmistakable message” to Iran, National Security Adviser John Bolton said late Sunday.

Bolton said the deployment of the USS Abraham Lincoln Carrier Strike Group to the US Central Command region was a response “to a number of troubling and escalatory indications and warnings.”

He did not specify what the indications and warnings were.

“[The aim of the deployment is] to send a clear and unmistakable message to the Iranian regime that any attack on United States interests or on those of our allies will be met with unrelenting force,” Bolton said in a statement.

“The United States is not seeking war with the Iranian regime, but we are fully prepared to respond to any attack, whether by proxy, the Islamic Revolutionary Guard Corps, or regular Iranian forces.”

Secretary of State Mike Pompeo also commented on the deployment while en route to Finland for a ministerial meeting of the Arctic Council.

“We have good reason to want to communicate clearly about how the Iranians should understand how we will respond to actions that they may take,” Pompeo said.

He added that the Iranians “understand exactly what our view is of the threats that they’re posing to US interests around the world.”

He also told reporters the action is not related to the recent uptick in fighting between Israel and Hamas in Gaza and declined to specify how long the forces would be deployed, saying that decision would be left to the Department of Defence.

The US has been reimposing sanctions on Iran since last year when US President Donald Trump decided unilaterally to withdraw from the 2015 nuclear deal, which lifted economic sanctions on Iran in exchange for its abandonment of its nuclear weapons programme.

The sanctions have targeted Iran’s oil industry, the country’s main source of income, with serious consequences for the Iranian economy.

Last month Washington announced that any countries buying Iranian oil would face US sanctions if they continued to do so.

The US government also designated Iran’s Islamic Revolutionary Guard Corps (IRGC) a foreign terrorist organization. It was the first time that the US has used the designation for part of another government.

In retaliation, Tehran has threatened to blockade one of the world’s most important shipping lanes: the Strait of Hormuz, which connects the Persian Gulf and the Gulf of Oman. The warning sparked fears of armed clashes.

The sanctions could also undermine the policy of rapprochement with the West pursued by reformist President Hassan Rowhani and other moderates. After six years out of office, Iran’s hardliners are now hoping to make a political comeback.

Trump has been encouraged in his approach to Iran by Israel’s Prime Minister Benjamin Netanyahu, who was strongly opposed to the 2015 nuclear deal.