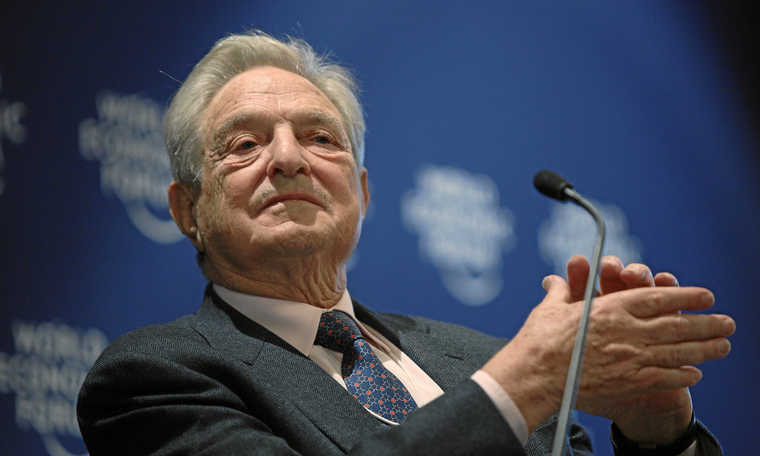 Anti-police sentiments have reached unprecedented levels in the US following George Floyd’s death. Billionaire stock exchange speculator George Soros, a palpable force behind these sentiments, appears to be mobilising significant resources to mould the US judiciary as he pleases, the V4 news agency reports.

Anti-police sentiments have reached unprecedented levels in the US following George Floyd’s death. Protestors demonstrating against violence and racism have soon turned violent themselves, causing considerable mayhem by looting and arson, smashing things and staging regular attacks. In many places the protests have turned into racist anti-white rallies with at least four black policemen falling victim the the ongoing atrocities.

@dfwticket Be sure to honor these black lives while you are glorifying the life of George Floyd , because he was killed by a white cop ! You won't glorify the lives killed in the riots, doesnt fit the LIBTARD narrative ! Shame pic.twitter.com/93HbnJTE7M

The Minneapolis City Council was the loudest and most radical of critics to jump on the anti-police band wagon. City council president Lisa Bender announced that they intend to defund and dismantle the city’s police department.

“We committed to dismantling policing as we know it in the city of Minneapolis and to rebuild with our community a new model of public safety that actually keeps our community safe”, Ms Bender told CNN.

Yes. We are going to dismantle the Minneapolis Police Department and replace it with a transformative new model of public safety. https://t.co/FCfjoPy64k

The left-wing politician’s ideas have provoked strange reactions even in some friendly, liberal leaning media outlets. During a live broadcast, responding to CNN’s question of “who do I call in the middle of the night, if my home is broken into?”, Ms Bender suggested that “calling the police when someone breaks into your house comes from a place of privilege,” for those “for whom the system is working.”

A Minneapolis City Council member who wants to "disband the police" just told CNN that calling the police when someone breaks into your house "comes from a place of privilege."

There are lunatics at the helm. Lunatics!

Leaders of other US cities are also taking steps to cut police funding. Mayor Bill de Blasio of New York has announced he would divert part of the funds paid to the New York Police Department to youth and social services. A similar decision has been made by Los Angeles Democratic Mayor Eric Garcetti, who is planning to slash the police budget by 250 million dollars and spend the money on programmes to improve the situation of blacks and other minorities.

There are strong indications that US stock market speculator George Soros is also behind the current anti-police sentiments. An opinion piece entitled ‘Lets Reduce, Not Reform, Policing in America’ was published on the Open Society Foundations’ (OSF) website in October 2016.

In it the author, Rachel Herzing, argues that law enforcement has always been a critical issue for black communities in the US. She says the recent shootings by police have generated a new wave of protests demanding various types of police reforms, such as better training, more body and dashboard cameras, and expanded data collection efforts.

“Maybe, instead of thinking about how to improve policing, we would do better to reduce the role law enforcement plays in our day-to-day lives”, she writes.

The author contends that “We know that the surest way to reduce the violence of policing is to reduce contact with it.” She tells her readers that se was invited to Chicago’s DePaul University to help train students in a variety of community-based intervention strategies.

An op-ed recently published on the New York Times website, linked to Soros, also demands the abolition of police. Author Mariame Kaba argues that the surest way of getting rid of police is to cut their headcount in half and slash their budget by fifty per cent. 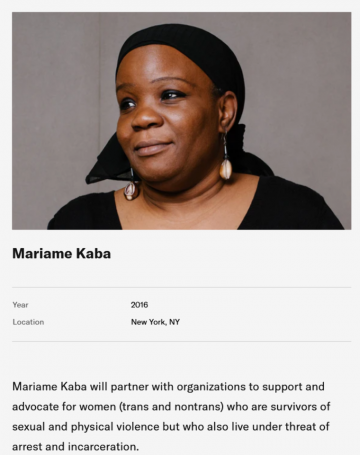 Ms Kaba also has links to George Soros. According to details made available on OSF’s website, she was a beneficiary of the foundation’s generous support as early as 2016. According to the description, Ms Kaba had collaborated with organisations “to support and advocate for women (trans and non-trans), who are survivors of sexual or physical violence, but who also live under threat of arrest or incarceration.”

In 2016 the Open Society Foundations’ website wrote that a diverse array of criminal justice policy challenges – from both an advocacy and media perspective – will be tackled in seven different US states. In August 2016, the Politico, a vocal advocate of the left-wing ideology, published a long analysis of how Soros would carry out his surreptitious power grab over the US justice system.

According to the article, the stock market speculator channelled more than 3 million dollars into seven local district attorney campaigns in six states in 2015. His money was used to support the aspirations of African-American and Hispanic candidates, who all ran on platforms sharing Soros’s major goals, such as reducing racial disparities in sentencing.

Dhu Thompson, a Louisiana attorney who lost a district attorney race to a Soros-backed candidate in 2015 said Soros had given over 930 thousand dollars to the group boosting the campaign of Thompson’s political opponent.

In November 2016, Albuquerque Journal wrote that George Soros had poured 9.6 million dollars into local law enforcement races across the country in a bid to overhaul the criminal justice system, including spending 2.3 million dollars on trying to unseat the six-term sheriff of metro Phoenix.

Michael Vachon, Soros’s spokesman, said Soros had provided financial support to these local law enforcement candidates because of his long-time interest in ending mass incarceration, combatting racial disparities within the criminal justice system and abolishing the death penalty. Mr Vachon also said that Soros opposes Arizona Sheriff Joe Arpaio’s immigration enforcement efforts and harsh jail policies. It should be noted here that George Soros has never had the courage to test his principles in open political campaigns. Instead, he preferred to buy his way into various races.

In early May 2018, the Los Angeles Association of Deputy District Attorneys (ADDA) warned on its website about Soros’s attempt at influencing. The website recalled that in 2016, Peter Weir was re-elected as Colorado’s District Attorney, even though George Soros had financed negative and false ads to discredit him, to the tune of 1.3 million dollars.

“That campaign was one of more than a dozen District Attorney campaigns nationwide, where Soros-funded political action committees have poured in huge sums of money at the last minute to elect candidates sharing the billionaire’s political and social justice agenda,” the association wrote.

They also noted that once the Soros-funded candidates had taken office, they began their political purge. In Philadelphia, the website recalled, District Attorney Larry Krasner fired 31 members of the office. In Houston, District Attorney Kim Ogg ousted 37 veteran prosecutors. The website also higlighted the irony of Mr Ogg launching regular attacks against Soros for supporting her opponent, before he was also given 500,000 dollars by the stock exchange speculator.

ADDA had good reasons to warn about Soros’s attempts at influencing. A few days after the writing was published on the website, the AP news agency reported that Soros had spent 1.5 million dollars on several district attorney campaigns in California. It also noted that many candidates backed by Soros identified as Democrats.

However, an error seems to have slipped into George Soros’s calculations, because Californian voters soundly rejected the candidates financed by the tycoon. In San Diego County, Summer Stephan received 63 per cent of the votes, Anne Marie Schubert in Sacramento County won by a 64-per-cent margin, while Nancy OMalley in Alameda County beat Soros’s candidate by 59 per cent.

However, the stock market speculator suffered an even more painful fiasco last November. In Monroe County, New York, Sandra Doorley won her third term as district attorney and defeated her challenger, whose campaign was bolstered by 800 thousand dollars provided by George Soros. At a press conference following her election, Doorley jokingly thanked Soros.

In sum, instead of engaging voters in an open discourse regarding the criminal justice system, interest groups affiliated with Soros sought to circumvent the entire democratic process by helping the election of candidates who, once in power, could refuse to enforce laws adopted and approved by the lawmakers, as well as the voters.