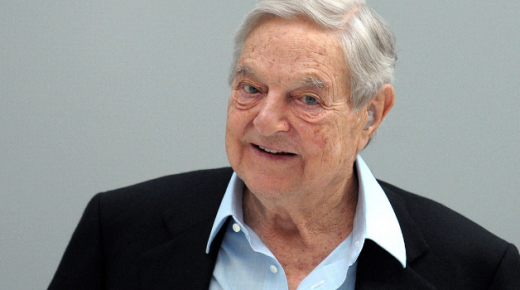 Monday’s news reports claiming that PM Boris Johnson was admitted to hospital with persistent coronavirus symptoms had serious economic ramifications as the pound sterling moved lower in response. Because of the current economic uncertainties and volatile currency markets an increasing number of countries may become the target of stock exchange speculators like George Soros. Matteo Salvini warned about the risks of short-sellling transactions a month ago, but the danger hasn’t passed, the V4 news agency writes.

Although British Prime Minister Boris Johnson announced a few days ago on his Facebook page that he was feeling better, he had to be admitted to hospital on Sunday.

The initial news reports claimed that the politician required mechanical ventilation, but it later turned out that this type of respiratory support was unnecessary and Mr Johnson was only given oxygen before he was taken to intensive care.

The pound sterling took a hit after the prime minister was hospitalised. Although the exchange rate stabilised overnight, experts agree that the currency will remain sensitive to future announcements.

According to forecasts published by the international credit ratings agency S&P Global, Britain’s economy protection measures through novel coronavirus will push the country’s debt-to-GDP ratio over 90% this year. The projections, it said, were based on the assumption that economic activity will resume in the second half of the year, as well as on a 1.9% real GDP contraction for the year as a whole.

The economic difficulties and exchange rate fluctuations caused by the coronavirus pandemic can make the currency a perfect target for market speculators, especially George Soros, who made his fortune by short-selling transactions. The UK would do well to keep an eye on the manoeuvres of the stock market speculator, as he has already succeeded in breaking the British pound.

16 September 1992, the day when George Soros caused the pound sterling to collapse, became known as Black Wednesday . The speculative operation, which earned the billionaire worldwide notoriety, cost British taxpayers some 30 billion euros, while Soros made some 900 million euros on the move. Following the action, the Bank of England was unable to maintain the pound’s exchange rate and the UK was forced out of the ERM system.

Ahead of Black Wednesday, Soros and his investment fund began building up  a huge short position against the pound sterling, effectively speculating on the fall of the exchange rate. Meanwhile, the British government started using its foreign currency reserves to keep the exchange rate at an appropriate level by buying pound sterling, but even that proved insuffucient to prop up the currency and stop its fall.

And this is precisely what Soros had been waiting for. On 15 September, Soros and his fund began selling large amounts of sterling. The Bank of England intervened and started buying pound at the beginning of the trading day, on 16 September, but they were unable to shore up the sterling and keep up with the speculator’s fund. By the morning of Black Wednesday, Soros sold 10 billion dollars worth of pound sterling.

John Major, already prime minister by then, finally accepted that they were unable to stop the fall by pound purchases and decided on increasing the base rate from 10 to 12 per cent. However, this only proved to serve Soros’s interests. The market saw this as a sign of weakness and continued selling the pound.