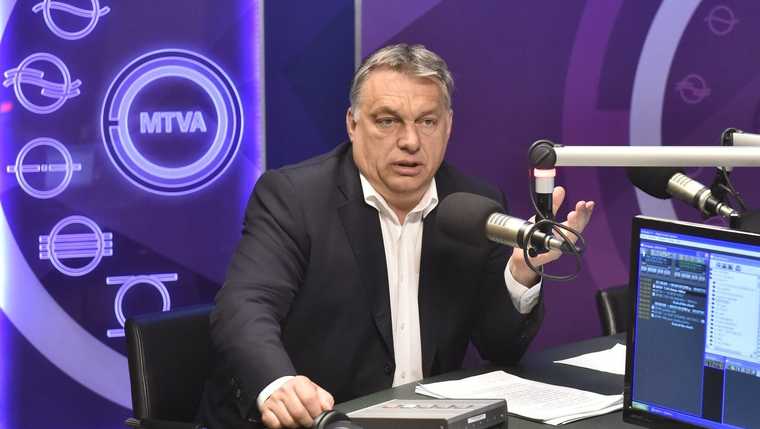 The key for Brussels bureaucrats was to procure vaccines cheaper. For us, however, although money is not an insignificant issue, it only comes second when our lives are at stake, Hungarian Prime Minister Viktor Orban told Hungary’s public radio in an interview, the V4 news agency reported.

Based on official figures in the past few days, the improvement in the pandemic situation has drawn to a halt, PM Orban said. In Hungary, the number of those who already received it stands at 264,530, while around 90 people have already received 2 inoculations. Thus far the virus was on the offensive, but now – with the vaccination – “it’s us who attack and the virus is on the defensive,” he added.

Regarding mass vaccination, PM Orban said there would be changes, depending on the arrival of deliveries. By the beginning of March the combined number of those inoculated at least once, along with those who have already been infected will exceed 1 million people, he said. By the beginning of April the number of those already vaccinated will reach 2 million and, if Hungary is able to use the Chinese vaccine, the number of those who already received a jab will exceed 2 million people. Inoculations using the Russian vaccine may begin as early as next week, Orban said, adding that experiences from Serbia seem reassuring.

Hungary’s premier also talked about the left’s anti-inoculation scare-mongering campaign, adding that he believes there is a battle in the world between vaccine manufacturers. There are three different vaccines: the Russian, the American, and the Chinese. According to Orban, this battle is ongoing and the statements by Hungarian actors reveal which interests they support. The other issue for the left is a question of power. Since the left wants to assume power, it’s good for them if the government is seen to be handling the situation poorly. However, the left has crossed a line, which they should not have done, simply out of humanity, PM Orban opined.

According to PM Orban, Brussels’ vaccine procurement is progressing slowly. The most important thing for the bureaucrats in Brussels was to purchase vaccines at a lower price. For Hungarians and other nations in the European Union, money is not negligible, but its significance is only secondary when it comes to saving lives.

The Hungarian premier went on to say that the government will launch a national consultation survey, similar to the one before the second wave last year. Back then people said they could not tolerate their workplaces being shut down, but they could accept the closure of of restaurants and stores. Hungary’s pandemic response was based on the results of this consultation, and with the help of the new consultation on reopening, the Hungarian government wants to draw up its reopening plans in line with people’s opinion on the issue.

After the arrival of the vaccine, economy protection was replaced by plans to relaunch the economy and the fact that more people have jobs now than a year ago is evidence of Hungary’s successful defence. Orban said the government will take the necessary decisions regarding the transformation of Hungary’s higher education system at the beginning of April. They will decide on a complete green renewal at the beginning of June, including agricultural subsidies., he said, adding that these programmes can start in November. The downturn was not so severe, and 2021 could be an unprecedentedly successful year, Orban said.

Viktor Orban said the subsidies would be paid to caterers in advance, and accounted for later. The government has commenced a loan programme tailored to caterers’ individual needs: it’s a 10-million-forint (28 thousand euro) loan with no interest for 10 years, with the repayment period starting after three years.

Hungarian premier stressed that he would not take a position on the so-called vaccine cards just yet. We will decide this issue once the results of the national consultation are in, he said.

Viktor Orban said that he was not thinking in terms of election cycles, but in terms of generations. The current government has a historical horizon and is therefore committed to supporting families. According to him, the Hungarian nation is in a better shape than it was 10 years ago. He opined that if the government’s family support system had not been introduced, some 115 thousand fewer children would have been born in the past 10 years.

Orban said he was confident that most people would like to stand on their own two feet, which is also true for young people. The cabinet is providing significant assistance to this age group, starting from birth all the way to their young adulthood. Mr Orban said they did not want to force any lifestyle on people, they simply want to provide them with opportunities.