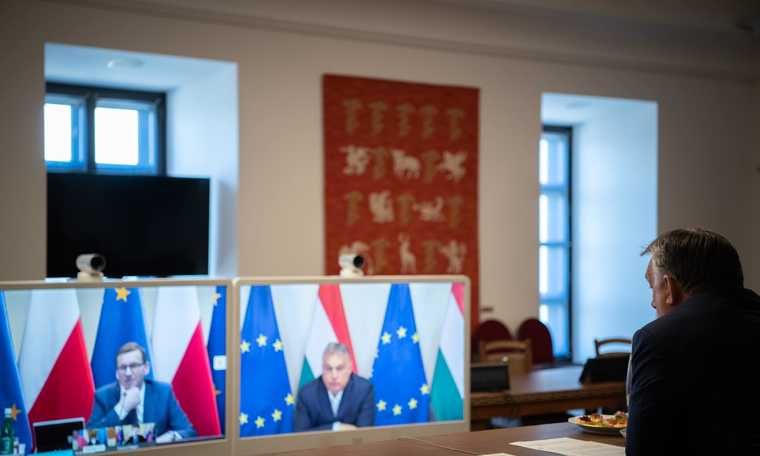 The V4 countries’ prime ministers – Polish PM Mateusz Morawiecki, Hungarian PM Viktor Orban, Andrej Babis of the Czech Republic and Eduard Heger of Slovakia – met via video conference. In a joint statement issued by the Visegrad countries after the meeting, they expressed solidarity with Czechia regarding the actions of Russia, the V4 news agency reported.

The prime ministers discussed Russia’s actions against the Czech Republic and reviewed Czech-Russian relations in light of the events at an online meeting convened urgently under Poland’s V4 presidency, according to the Polish prime minister’s social media account. The Czech Republic has recently announced the expulsion of 18 employees from the Russian embassy in Prague, identified earlier as secret service officers. The decision was linked to the explosions at Vrbetice in 2014 impacting shipments of ammunition to be delivered to Ukraine. In response, Russia’s foreign ministry labelled 20 employees of the Czech Embassy in Moscow as persona non grata.

In conclusion of the consultation, the prime ministers of the Visegrad countries issued a joint statement to express their solidarity with the Czech Republic, the Polish PAP news agency reported.