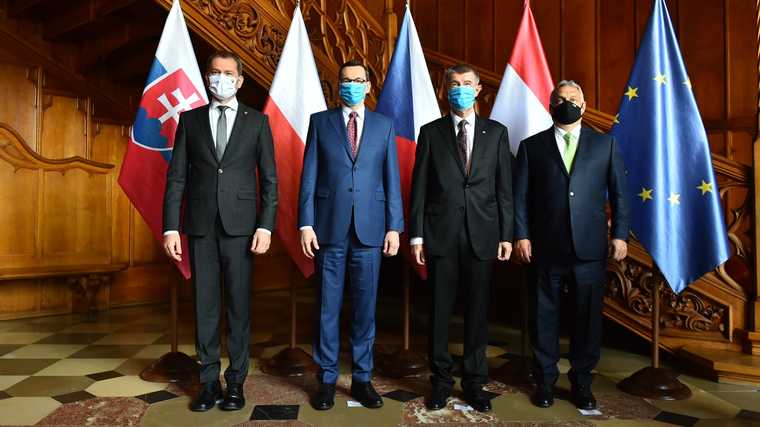 The Visegrad Four are interested in a strong, prosperous Europe with a well-functioning internal market, Czech Prime Minister Andrej Babis said after a meeting of V4 premiers on Thursday, the V4 news agency reported.

Hungarian PM Viktor Orban emphasized that Hungary’s attitude to the recovery fund was essentially positive, adding however, that certain absurd elements should be removed. He stressed that rich countries are on course to receive more money than poorer ones, which is a moral problem to be resolved.

The Visegrad Four countries are interested in a strong, prosperous Europe with a well-functioning internal market, Czech Prime Minister Andrej Babis said after a meeting of V4 heads of government in the Czech Republic on Thursday. Hungarian Prime Minister Viktor Orban emphasized that Hungary’a attitude to the EU Recovery Fund was essentially positive, adding however, that there’s a need to remove some “absurd elements” from it. He said the fact that rich countries are on course to receive more money than poorer ones is a moral issue, which must be resolved.

The meeting in Lednice, Czech Republic, focused on a number of major issues, such as the EU’s 750 billion euro recovery fund, the EU’s next 2021-2027 budget, the reopening of the borders, and the situation of tourism and migration. Although the four Visegrad states – the Czech Republic, Poland, Hungary and Slovakia – have different interests when it comes to the distribution of European aid related to the coronavirus crisis, the premiers reached an agreement on key issues, according to the Czech government’s official Twitter page.

Following the meeting, PM Babis told a press conference that it would be premature to discuss how the recovery fund would be distributed among EU member states, because extent to which the various state economies have been affected by the pandemic is unclear. He said he expected “difficult and prolonged” negotiations in this regard. At the same time, he agreed with his colleagues that when designing the next budgetary framework of the European Union, it is necessary to ensure that poorer countries are not disadvantaged compared to richer member states, the Czech premier said.