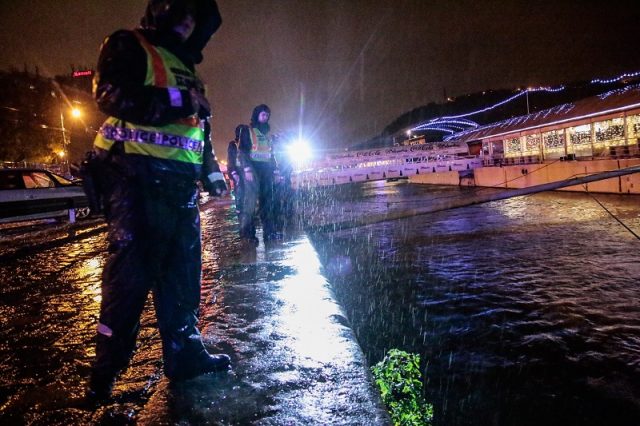 The captain of the Viking Idun has been placed under criminal supervision by a binding court ruling, the Chief Prosecutor’s Office of Budapest has told Hungary’s state news agency (MTI). The Viking Idun was following another ship, the Viking Sigyn, which collided with a Hungarian sightseeing boat called the Hableany (Mermaid), carrying South Korean tourists in Budapest. Only 7 of the Hableany’s 35 passengers survived, the V4 news agency reported.

The statement recalled that the prosecutor’s office in Budapest’s 6th and 7th districts had proposed to place the captain of the Viking Idun under criminal supervision for failing to provide assistance after the fatal collision with the Hableany (Mermaid) sightseeing boat.

The statement adds that the Viking Idun’s Ukrainian captain was questioned by the Budapest Police Headquarters on suspicion of thirty-five counts of “failure to provide assistance”. After being served a summons, the captain arrived at the police department on his own accord, where his arrest was initiated. Taking into account the suspect’s voluntary appearance, the district prosecutors filed a motion proposing to place the captain under criminal supervision with a view to ensuring his presence during the proceedings.

After establishing that the suspicion was well-founded, the court ordered the captain’s criminal supervision and ordered him to report to police once a month. According to the statement, the ruling is final.

On 29 May last year, the Hableany (Mermaid) sightseeing boat collided with the Viking Sigyn cruise ship on the Danube in central Budapest, and sank. The Hableany was carrying 33 South Korean tourists and two Hungarian crew on board. Only seven of its passengers survived.

Part of Kavadarci left without electricity after a car crash

Young girl in critical condition, two others injured after being hit by a car in Skopje’s Cair area