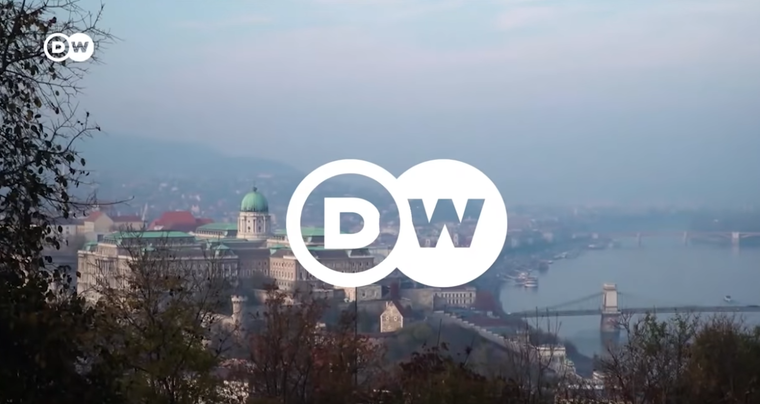 German public service broadcaster Deutsche Welle has recently aired a report on renovation projects in Budapest’s Castle District. However, it soon turned out that the report was manipulated and DW was forced to apologize, the V4 news agency reported.

The report makes claims, such as the government “is expropriating properties that are owned by the city”. In this context, Marta V. Naszalyi, the left-wing mayor of the first district, told DW that she had great many concerns over the ongoing building projects. After the Buda Castle, the report continues with shots of Kossuth Square and claims by DW that the square looks almost exactly the same as it did in March 1944. At that time, Hungary was governed by Miklos Horthy, an ally of Hitler, the voiceover says, helping to put the date, mentioned for the second time, into context.

Historian Krisztian Ungvary was also asked to comment, and the German translation of his words said: “Why should Hungary be a member of the European Union if it advocates principles completely at odds with those represented by the EU?”

According to the Hungarian daily Magyar Nemzet, the Buda Castle Residents Association has sent a letter to Deutsche Welle’s editorial office, calling on them to correct their report on the Buda Castle renovation in a way that it reflects the truth. It’s outrageous that the public broadcaster of a country – which is largely responsible for the destruction – should air a report trying to portray the renovation works at the Castle in a negative light, they stressed.

The association later informed the Hungarian daily that Deutsche Welle had apologized for its report on the renovation of the Buda Castle. Christoph Jumpelt, a corporate spokesman for Germany’s public service TV, said they did not intend to misrepresent the historical context. After assessing Deutsche Welle’s apology, the Buda Castle Residents Association said it wanted to react to the German state media’s reply, as their entire video report portrayed the Buda Castle renovation in a false historical context, besides making dishonest accusations against the ongoing renovation works. They stressed that the deletion of the video would be the only acceptable solution in this case, as there is no excuse for falsifying history and reporting lies.