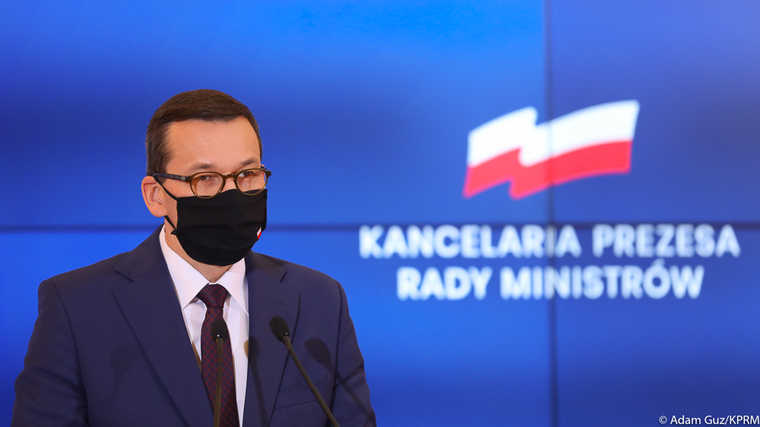 We don’t like the Polish government, so off it goes to the whipping post. And tomorrow it’s the Italians or the Portuguese, Polish Prime Minister Mateusz Morawiecki told Frankfurter Allgemeine Zeitung in an interview. EU institutions appear to want to bypass the EU’s founding treaties, he pointed out.

In the name of what values are Poland and Hungary prepared to risk losing funds?” the reporter from a Frankfurter Allgemeine Zeitung asked Polish premier Mateusz Morawiecki.

“I could reverse the question,” the prime minister replied, “and ask in the name of what values are the EC and the European Parliament willing to bypass regulations laid down in the treaties?” He pointed out that the introduction of the current regulation is similar to placing German laws above the German constitution.

Mateusz Morawiecki also explained that Poland’s biggest fear regarding the rule of law mechanism is that it is not explicitly regulated and, “Therefore, could be used in a very arbitrary and politically motivated way,” he said. He continued, “We [EU] don’t like the Polish government, so off it goes to the whipping post. And tomorrow it’s the Italians or the Portuguese – and there go their funds.” He also added that no one is immune to this situation.

“And the paradox is, that this mechanism bypasses the Treaties. A mechanism devised to ensure observance of the rule of law is in and of itself, a grave violation of this same rule of law,” the premier added.