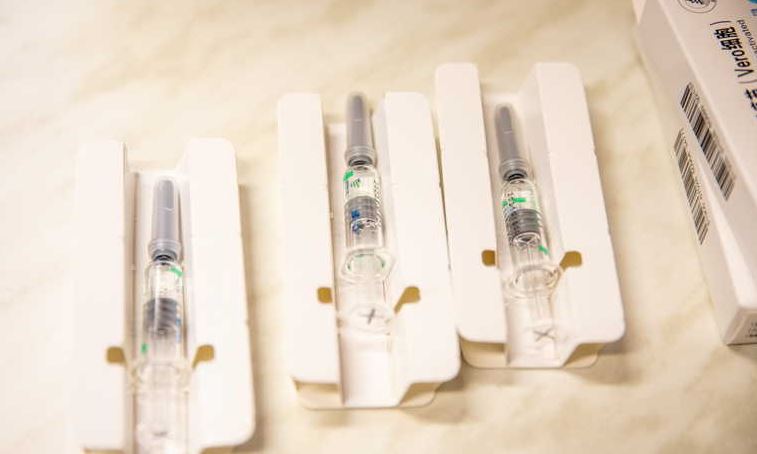 As vaccine procurement coordinated by the EU is still slow, member states have decided to map their own procurement options with many turning towards the Chinese and Russian vaccines, the V4 news agency reports. In the EU Hungary was the first to announce that it wants to procure Chinese and Russian vaccines besides the American Pfizer, Moderna, and the British AstraZeneca jabs, which the EU had ordered from the manufacturers as part of its joint vaccine procurement plan.

On 22 January Hungary ordered 2 million doses of anti-coronavirus vaccines from Russia, after Hungarian Minister of Trade and Foreign Affairs Peter Szijjarto held talks with Russian FM Sergei Lavrov in Moscow. In an interview with the Russian rbc.ru portal, Szijjarto confirmed at the time that Hungary was ready to use the Russian jab as the EU’s joint vaccine procurement has suffered some setbacks.

Back then, because of its negotiations re the Russian vaccine procurement, the Hungarian government was heavily criticised and even accused of being irresponsibile, both by other member states and opposition parties.

The Hungarian government’s position was that relying solely on the European Union’s extremely sluggish procurement process would only enable them to inoculate a smaller fraction of the population by June. However, by using both the Russian and the Chinese jabs, Hungary – a country of nearly ten million people – could have as many as 8 million people inoculated by July, according to a recent announcement by PM Orban. By Sunday more than 980,000 people have already been vaccinated in Hungary, and another 400 thousand will receive the coronavirus jab by next Wednesday, making the country the leader in Europe.

Today, as several EU countries would like to follow Hungary’s example, a growing number of states have turned towards the Chinese and Russian vaccines. As early as February, Germany and France have signaled that they were open to the Russian Sputnik V jab, especially after a study published by The Lancet – the world’s leading medical journal – found the Russian vaccine to be 91,6 effective. Germany also showed interest in the Chinese jab. In mid-February, French President Emmanuel Macron declared that international cooperation was the only way to defeat the virus. He called on authorities to speed up mass vaccination in every region of the world, and the incorporation of both the Chinese and the Russian vaccines into this process, following the necessary authorisations and permits. This week Clement Beaune, the French government’s incumbent state secretary for European affairs, stressed that European countries should not deviate from the EU’s procedures. Solidarity offers benefits for everyone, he said.

At the end of January German Helath Minister Jens Spahn already indicated his openness to using both the Russian and the Chinese vaccines in Germany. A few days after his statements about the Chinese and Russian jabs, Spahn admitted that Germany was facing a general shortage of vaccines, which could last until April this year. At this point Markus Soder, Bavaria’s minister-pesident, called on the European Medicines Agency to carry out the necessary tests regarding the Chinese and Russian vaccines “as swiftly as possible.”

Due to the severity of the epidemic in Slovakia, there is a shortage of health workers and the Visegrad country had already asked its EU counterparts in February for assistance. The four-party coalition government is experiencing difficulties in coming to agreement on certain issues, this was especially evident regarding vaccine procurement. Although the possibility of obtaining the Russian jab had previously been suggested, this was vetoed in February by the Za l’udi (For the People) party, a smaller coalition member. Nevertheless, the government later contracted the manufacturer for 2 million doses. The debate over the procurement of the Russian vaccine has caused crisis in Slovakia’s multi-party coalition government. According to Za l’udi, the smallest coalition party and its chairman Veronika Remisova, the acquisition of Sputnik V was an independent move orchestrated by the prime minister and the minister of health. However, this claim was refuted by PM Matovic himself, who said Health Minister Marek Krajci had received approval from the party leadership to procure the Russian jab. The prime minister sealed a deal for two million doses of the vaccine with Russia delivered by the end of June. Matovic also expressed another round of criticism regarding the rejection of Sputnik V, emphasizing that it was approved and being used in 29 countries in addition to Hungary. In January, the Slovak prime minister also said that he had no objections to the Chinese vaccine.

In the Czech Republic, as in Slovakia, the situation is dire due to the coronavirus. The epidemic is claiming an alarming number of lives, and hospitals no longer have any free capacities. Although the three vaccines approved by the EU are currently being rolled out, quantities are not enough. In order to overcome the shortfall, following a consultation between the Czech prime minister and the head of state, they, too, have ordered doses of the Russian Sputnik V vaccine, which they would like to receive as soon as possible. Although Czech Prime Minister Andrei Babis was originally opposed to the Russian jab because it had not received any approval from the European Medicines Agency (EMA), he is now of the opinion that they cannot afford to wait any longer. He stated last week that the Sputnik V will be used even without EMA’s approval. The Czechs have also been in talks with the Chinese authorities to secure doses of the Sinopharm vaccine. They have returned with positive news of a deal, that China will soon be supplying the Visegrad country.

In early March, the Polish president had a phone conversation with Chinese President Xi Jinping about the delivery of Chinese vaccines to Poland. China has reportedly expressed a willingness to do so.

The Austrian Chancellor also said in early February that Austria was prepared to use and manufacture both Chinese and Russian vaccines. Sebastian Kurz also negotiated with Russian President Vladimir Putin by telephone over the Sputnik V vaccine in late February. Austria has also had talks with Denmark and Israel about the development of a joint coronavirus vaccine. At the beginning of March Austrian Chancellor Sebastian Kurz and Danish PM Mette Frederiksen set down with with Israeli PM Benjamin Netanyahu to discuss the development of a joint anti-Covid vaccine in Jerusalem. At the summit the politicians agreed to establish joint research and production capacities in order to develop second-generation jabs and vaccines that provide effective protection even against the most recent mutant variants of the virus.