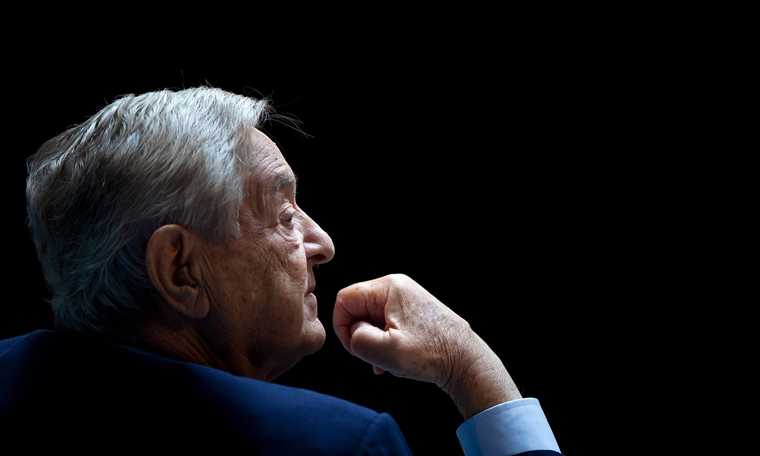 The foundation run by US stock market speculator George Soros is not only involved in the financing of human rights and pro-migration organisations, as it also supports a sizable array of media outlets all across the globe, the V4 news agency reports.

George Soros realised many years ago that he would need the press in order to spread his open society ideologies and, to this end, the Open Society Foundations (OSFs) has been making heavy investments in media outlets all across the world. According to OSF’s website, the foundation spent 25.8 million dollars in 2020 to support journalism, amounting to 2.1 per cent of the foundation’s total annual budget. The sum was spent as follows:

As OSF has not updated its website, the latest data are from 2018. If one looks at the “journalism” heading, however, it becomes clear that Soros supported 118 organisations and editorial offices. According to the website, 13 organisations received financial assistance in 2018 in Europe, most of them under the Independent Journalism Program. 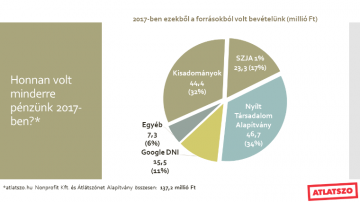 The Balkan Investigative Regional Network was granted 37.4 thousand dollars by Soros’s empire. Their website also reveals that their supporters include OSF branches in Kosovo, Serbia and Bosnia-Herzegovina. Their partners include the above-mentioned Atlatszo, along with Al Jazeera, Der Standard, Suddeutsche Zeitung, The Guardian and the BBC. A Georgian organisation called Chai Khana pocketed 25 dollars from Soros’s foundation. Their website shows that their other sponsors inlcude the Norwegian Helsinki Committee and the British government.

The Hungarian Direkt36, an investigative journalism centre, received 48.6 thousand dollars from George Soros’s foundation. OSF appears on their website as a partner, alongside the Global Investigative Journalism Network, also funded by OSF.

444.hu, one of Hungary’s far-left portals, is also under Soros’s influence, even though the media outlet is not listed on the website of Soros’s foundation as an organisation receiving funds.

Hungary’s official company database reveals that Marie Nemcova, Open Society Fund Prague’s former programme director, is on the board of directors of Magyar Jeti Zrt., the publisher of 444.hu. Ms Nemcova is now chief operating officer at Media Development and Investment Fund (MDIF), an organisation with links to George Soros. MDIF paid more 100 million Hungarian forints (299.5 thousand euros) for ablock of sharesamounting to around 20 per cent in444.hu. MDIF is made up of several funders, and it received more than 15 million dollars in grants from Soros’s Open Society Institute between 2005 and 2009.

NewsMaker in Moldova was granted 120 thousand dollars by OSF. Besides Soros’s foundation, their website also lists the US government as one of their sponsors.

Pontis Foundation in Slovakia received 116.9 thousand dollars from George Soros and his network.

In the next part of our series, we will expose journalists and media workers who play leading roles in organisations funded by George Soros.