The European Court of Justice applied double standards regarding the CEU – commonly referred to as George Soros’s university – when it ruled that the amendment of Hungary’s Higher Education Law was a breach of EU law, according to Hungary’s justice minister. George Soros also reacted to the court’s decision, saying the EU must make Hungary a test case when it comes to rule of law issues. In the meantime, CEU is set to launch a new institute on its “banned” Budapest campus, the V4 news agency reports.

We consider the double standard to be unacceptable, as all universities in Hungary must comply with the legislation. It is not possible to create a law that puts Soros’s university at a more advantageous position than Hungarian universities. As always, Hungary will enforce the judgment of the European Court of Justice in the interests of the Hungarian people, Justice Minister Judit Varga wrote on her social media account, in response to the ruling issued by the European Court of Justice (CJEU).

CJEU found the conditions imposed by the Hungarian parliament on foreign higher education institutions operating in Hungary to be incompatible with EU law. The Hungarian parliament amended the Law on National Higher Education on 4 April 2017. The majority of the adopted amendments affected the operation of foreign higher educational institutions. According to the European Commission, the amended law violates several provisions of the EU law, therefore it has initiated infringement proceedings against Hungary in the European Court of Justice.

Varga emphasized that the domestic regulation ensures that students at a given institution will actually receive the degree they expected. The relevant Hungarian law affects dozens of foreign institutions of higher education operating in Hungary, but most of them had no problem complying with this legislation. 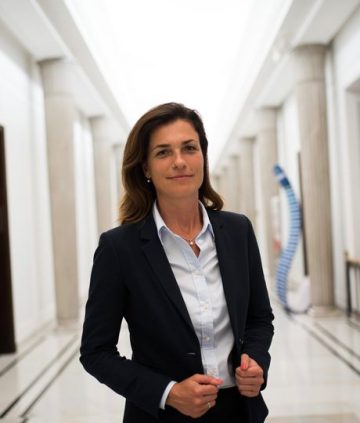 The European Court ruling is a “victory for the fundamental values of the European Union,” the founder of the university, billionaire speculator George Soros said. “The Hungarian government continues to trample EU law,” the US financier said in response to the ruling. The EU is currently debating on how to ensure that the use of funds is tied to the rule of law conditionality, he added, and called on the EU to use Hungary as a ‘test case’, with a view to setting an example through Hungary on how to handle rule of law issues. The decision comes too late for CEU, George Soros said, adding that “We cannot return to Hungary, because its prevailing laws don’t meet the requirements of academic freedom”.

CEU’s rector welcomed that the ruling annulled Hungary’s “Lex CEU” and restored the CEU’s freedoms. Michael Ignatieff added, however, that the university would maintain its campus in Vienna, and while plans concerning Budapest were yet to be finalised, launching some US-accredited programmes was a possibility. CEU’s professor and former vice-rector Eva Fodor announced that a new institute – called CEU Democracy Institute – will be established in Budapest, with a mission to conduct research and debates on issues related to democracy in a wide range of aspects, covering as broad a segment as possible.

After the Hungarian parliament amended the Higher Education Law in 2017, courses of the Soros university that awarded American degrees were relocated to a new Vienna campus, although some courses remained in Budapest.

In June 2019, George Soros’s son, Alexander Soros, spoke about the expulsion of the university from Hungary at CEU’s graduation ceremony in Budapest. Hungary’s state secretary for international communication reacted to this statement on Twitter at the time.

1/2 Let’s see. Who can spot the irony here? George Soros’ son @alexandersoros says that the Hungarian government “banned" the CEU and “expelled" it from the country. He was speaking at the – waitforit – CEU graduation ceremony, distributing diplomas in Budapest.

Zoltan Kovacs highlighted the irony of George Soros’s son speaking about how the Hungarian government banned and expelled CEU from the country at the CEU’s graduation ceremony, in Budapest. He stressed that the Central European University still carried out academic activities and would continue to award diplomas accredited in Hungary.” I wonder if Alex S. will be back for next year’s grad ceremony.” he added.