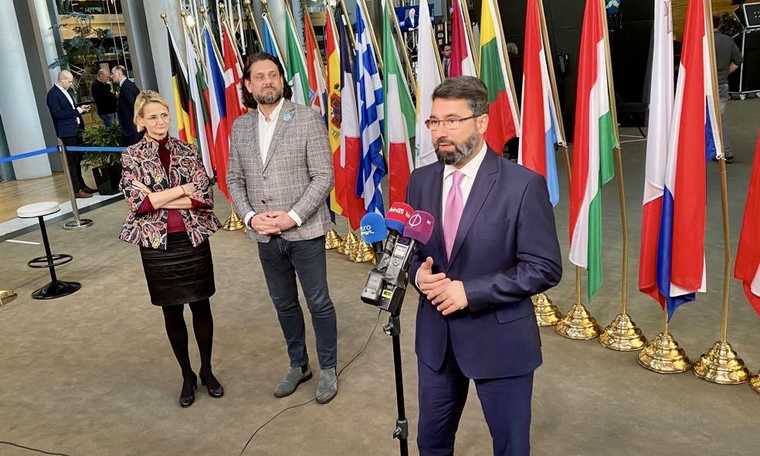 On Thursday, the European Parliament (EP) voted to continue the rule of law probe launched against Hungary and Poland. Left-wing MEPs did not present any arguments based on facts in the debate on Wednesday and the rule-of-law issue is merely a “cover story” for the attack of pro-immigration forces in Brussels, MEPs for Hungary’s ruling party said, reports the V4 news agency.

Following the debate on Wednesday, the left-liberal majority in the European Parliament voted in favour of continuing Article 7 proceedings against Hungary and Poland. In the vote on Thursday, 446 MEPs voted in favour of the resolution, with 178 lawmakers voting against it and 41 MEPs abstaining. In the non-binding decision, the EP expressed concerns over judicial independence, freedom of speech, corruption, minority rights and the situation of immigrants and asylum seekers.

After the vote, MEP for Hungary’s senior ruling party Fidesz Balazs Hidvegi told journalists that the adoption of the EP’s resolution is “another effort to exert pressure” on Hungary in cooperation with allies of billionaire financier of leftist causes George Soros and other organisations that fabricate defamatory materials. In the Hungarian MEP’s opinion, the rule-of-law issue is only a “cover story” and in fact, Hungary continues to be involved in a political dispute with powerful pro-immigration forces. These forces are intent on exerting sustained pressure on Hungary to change its stance on the management of immigration, one of the fundamental issues in the dispute.

Commenting on the debate on Wednesday, Fidesz MEP Livia Jaroka compared the probe into the rule of law to a witch-hunt in which only accusations are heard and nobody cares about facts. “It is pointless to argue and present facts when we are under political attack, the country has learnt this under the Communist regime,” Livia Jaroka, EP’s first-ever Roma member and vice-president, said.

Using double standards, some MEPs have been criticising Poland for its reforms of the judiciary since the launch in 2016. Poland’s government headed by Mateusz Morawiecki aims to improve the efficiency of the judiciary, eliminate corruption and remove the remnants of communism from the system.