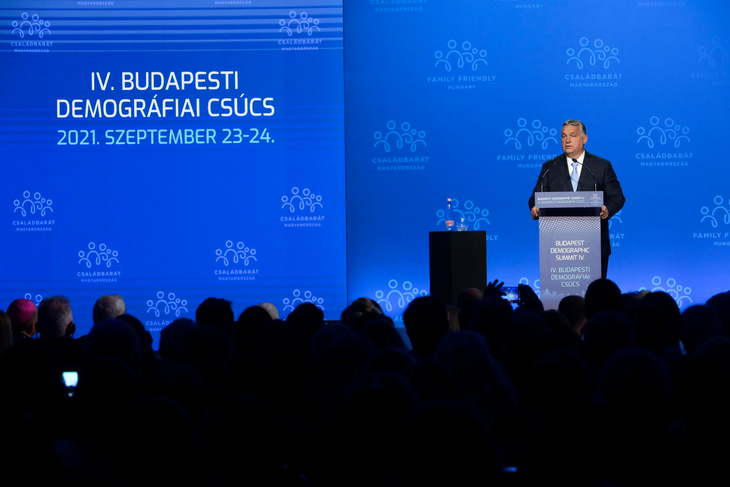 Tasks of the state include removing the obstacles to starting a family. Ten years ago, the Hungarian government identified five areas of focus to build the country’s family policy on, Hungarian PM Viktor Orban said, and also addressed other issues at the 4th Demographic Summit in Budapest, the V4 news agency reported. Regional leaders and former US Vice President Mike Pence attend the Summit.

“The Demographic Summit in Budapest is not merely a scientific conference,” Viktor Orban began his speech at the 4th such meeting. The difficulty of demographic problems is not only a matter of recognition, he said, but solutions must also be found, and the most difficult part involves transforming the findings into a government programme. That is why the participants at the summit range from scientists and thinkers to politicians, he added.

Multi-generational families have disappeared in Europe and women have become part of the labour market, which has brought a huge economic upturn, the premier noted, stressing that women start working at the age when they also have the best chances of having children. This trend needs to be reversed, but it is very difficult, Mr Orban said. “Handing out money to families is easy”, he said. “But it slows down economies and ultimately destroys families.” We need to support families in a way which strengthens the economy and enables those who can work to find jobs.

To this end, the right-wing government has been spending five percent of GDP on family support since 2010, and has linked work to benefits, Mr Orban said. “We want to provide women with a choice: to work if they want to or have children if they so prefer.” 120,000 fewer children would have been born in the last ten years in Hungary if the birthrate trend of 2010 had continued, the Hungarian premier said. In contrast, the number of marriages has doubled in ten years and the number of abortions has fallen by 41 per cent in the country. 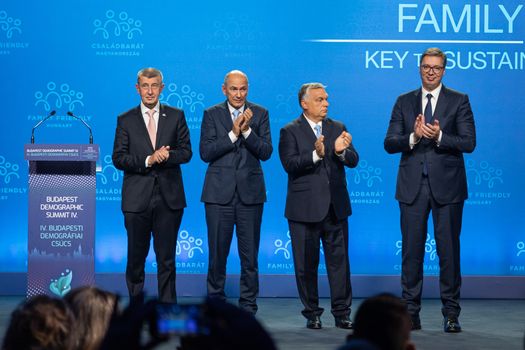 Hungary is on the defence because the Western left is attacking: the concept of the family is being relativised through the LGBTQ lobbyists and gender propaganda, the PM emphasized, adding that Hungary has a constitutional family and child protection system which automatically activates in case of attack, regardless of the source of the attack. “The family and the nation are the most important foundations of our coexistence. It is an alliance between the present and the past,” the premier quoted the Hungarian Fundamental Law.

The world is beset by one crisis after another, and among them is the one that brings us here today, that strikes at the very heart at civilisation itself: the erosion of the family, marked by declining marriage rates, rise in divorce and widespread abortion,” Mike Pence said in his remarks. “But those of us who gathered here know that strong families make strong communities, and strong communities make strong nations. For our civilisation to prosper and if we are to pass on the rights, the freedoms and the values we cherish to the next generations our highest priority must be to preserve, renew and strengthen families,” he added.