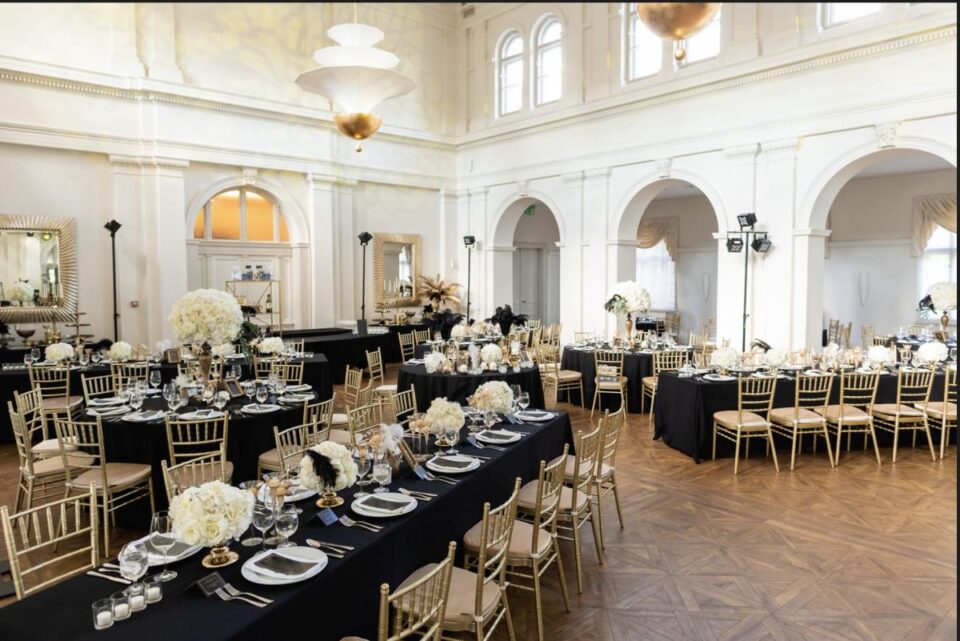 Katalin Cseh – MEP of the Hungarian liberal Momentum party and vice president of the Renew EP group – and her fellow lawmaker Daniel Berg – the deputy mayor of a Budapest district – tied the knot in a lavish ceremony in August 2021. The Hungarian Bennfentes portal has obtained several photos of the luxury wedding, leaked from the inner circles of the party. The pictures show that the wedding took place at an exclusive venue, where not just the decoration, but even some of the meals were gold-powdered, the V4 news agency reported.

The ceremony and the reception were held in Haris Park, a picturesque location where renting the ballroom alone costs millions of forints (one million forints equal around 2,700 euros). According to the article published by Bennfentes, the impressive venue was decorated with great care, and the theme of the event was based on The Great Gatsby, a film presenting the decadent lifestyle of billionaires full of champagne and cocaine. Guests were asked to dress according to the theme, with many of the men wearing suits from world-famous Italian designers, while the ladies sported dresses in the realm of thousand euros. 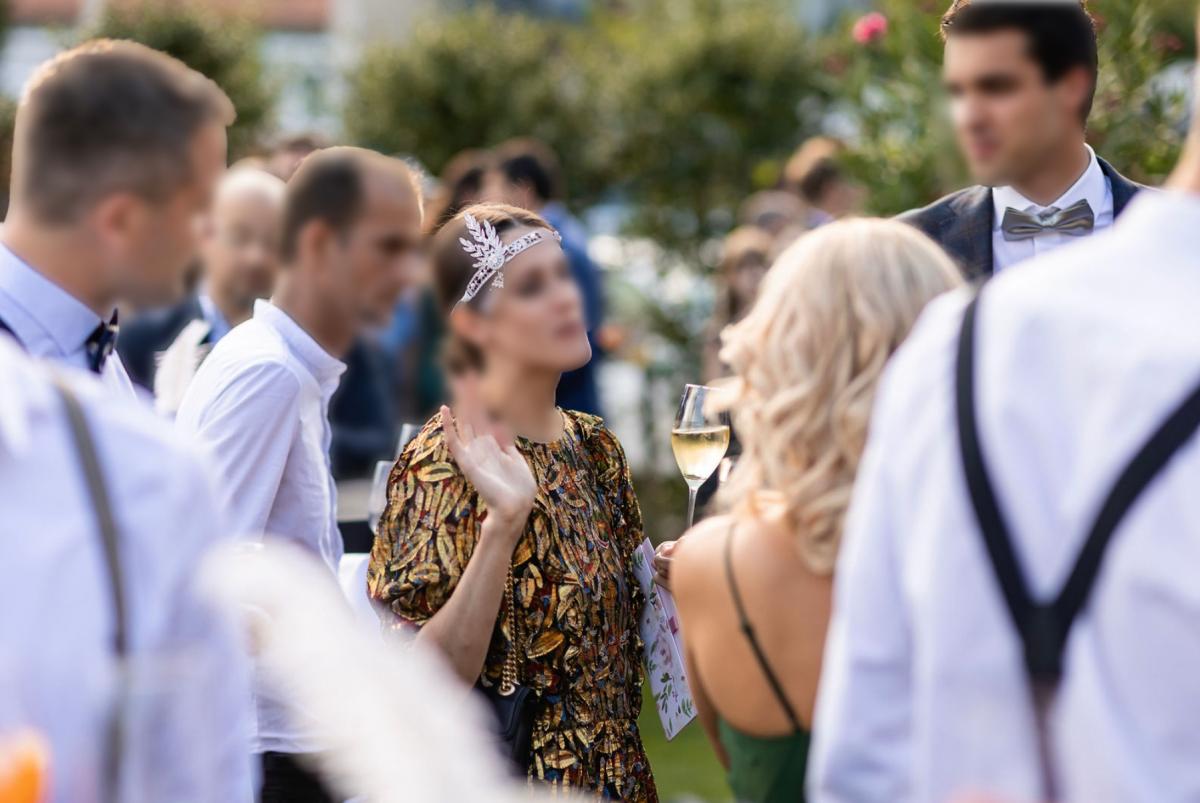 But the guests’ outfits were nothing compared to that of the young couple, the portal points out. Ms Cseh wore a dress by Galia Lahav. This luxury brand has no retailers in Hungary, only in New York, Milan, and Switzerland. The MEP’s shoes were presumably also ordered from the US, according to BENNFENTES. The portal highlights that Katalin Cseh’s wedding dress (traditionally worn after midnight) must have also been a Gatsby-themed luxury piece created by a famous designer for the occasion. During the ceremony, a wedding ring was placed on the politician’s finger, next to her diamond-inlay engagement ring, with the two probably costing over three thousand euros. The portal notes that everything at the event was lavishly decorated in various shades of gold, and even the cakes were dusted with gold powder. The guests’ safety was ensured by security personnel.

As reported earlier, Katalin Cseh, the vice-chair of the Renew Europe group in the European Parliament, could be linked to a number of murky tenders. Though these, the company directed by the liberal politician and its affiliated business circles may have pocketed over 13 million euros in EU funding. With time, it also came to light that the politician’s firm successfully applied for EU funds for a project that would have helped Budapest’s Olympic bid, while she proactively campaigned against the Hungarian capital’s bid to hold the Olympics. Moreover, it was also revealed that the company network affiliated to the politician was passing off a pre-existing technology as a proprietary new development in their application in order to access EU subsidies. Based on information obtained by our news agency, several MEPs in the Renew Europe group have expressed growing concern over Katalin Cseh’s dealings and the scandals surrounding her for fear that bad light would be cast on the liberal group, drawing its members even more into the limelight.