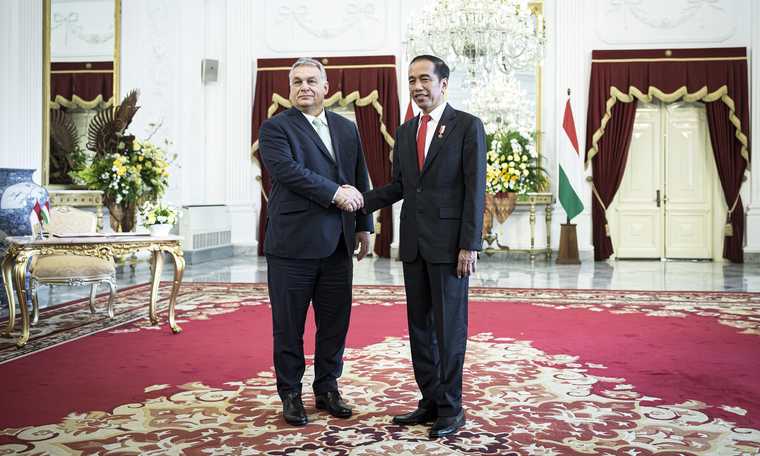 Christian Democratic parties have a good chance for cooperation with moderate Islamic parties because they have one thing in common: they both insist on retaining their own identities, Hungarian Prime Minister Viktor Orban said at a board meeting of the Centrist Democrat International (CDI) comprising centre-right parties in Yogyakarta, Indonesia.

Political relations are important for politicians and decision-makers, but it is even more important for them to achieve a higher, party-level, more philosophical relationship. Such a relationship was achieved at the meeting of the leaders of the Centrist Democrat International (CDI) in Yogyakarta, Indonesia. In the words of Prime Minister Viktor Orban: “we got closer to one another and not only by one step”, the V4 news agency reported.

Talking about the ruling National Awakening Party (PKB) of Indonesia, Hungary’s premier recalled that when he had visited the country a few years ago, he discovered that there was a party in the Muslim-majority country whose ideology was defined along the same lines as that of Hungary’s ruling party Fidesz.

It was very inspiring. I became interested in what it means in political philosophy to be Muslim and not Christian. It is very instructive and interesting to see how an Islamic movement  presents itself on the political scene. The question is what the future holds for Christianity and for Islam. Can we live on side by side as we used to, which worked great, the Hungarian leader said.

According to Mr Orban, retaining one’s identity is difficult in Europe. “The key question in Europe is how we can preserve our national and Christian identity at a time when so-called progressive liberal political forces are trying to put pressure on us. They are trying to lead societies into what they call the post-Christian, post-national era. We are among those who believe that one’s identity is of paramount importance, and we insist on our national and religious beliefs,” said PM Orban, as reported by the Hungarian public news agency, MTI.