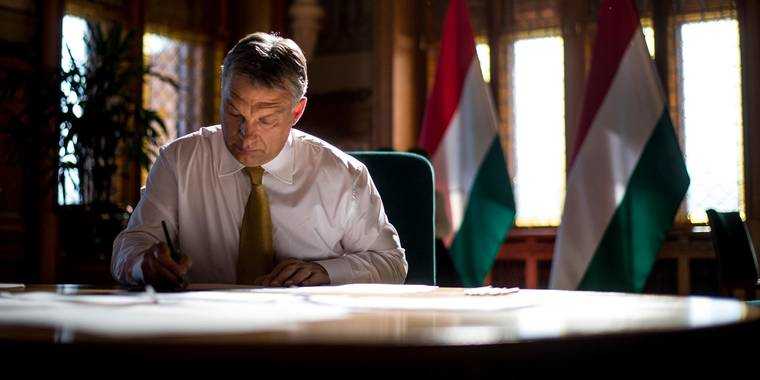 Hungarian Prime Minister Viktor Orban issued a response to former Slovak Prime Miniter Mikulas Dzurinda, after the two collided on the role the Visegrad countries should play in the future of Europe. Orban tells Dzurinda that the V4 countries are not treated as equal partners in the EU, and insists that they must work to protect their interests, in the interest of European unity.

We publish in full the comment, which Orban issued in the form of samizdat, and which was also carried by the V4 news agency:

Mikulas Dzurinda refuses the idea I proposed in an interview with postoj.sk on how the V4 countries need to work toward transforming the European Union’s German-French axis into a three-pillar, power center based on German-French-V4 cooperation.

This, of course, is only possible through Polish V4 leadership, but this is not Mikulas’s reason for refusing the initiative. According to his theory, my proposal would only increase the European Union’s internal fragmentation, leading to further division, not unity.

The question, however, is not theoretical in nature, but rather practical. It is a fact that the countries of the V4 have not managed to properly advance their interests within the EU’s framework. It is a fact that we, Central Europeans, are subject to massive discrimination. What I am saying is that if we do not step up – stronger and together – this situation will not change.

The internal market’s current setup means that the European common market provides EUR 1,074 worth of annual extra revenue to the French citizen, EUR 1,046 to the German, EUR 537 to the Slovak and EUR 408 to the Hungarian. These are data from 2016.

Moreover, if we compare the amount of incoming EU transfers in V4 countries to the profit and dividend revenues leaving our nations, we will see the great extent of our losses. In the case of Hungary, the difference is 80 percent; in the case of Slovakia, it is above 90 percent.

The disproportionality in centrally managed EU programs (such as Horizon 2020) is not simply woeful — it is humiliating. While our populations make up more than 20 percent of the European Union, the countries that joined the bloc since 2004 receive only 5.1 percent of funds. Meanwhile, our proposals aiming to remedy the geographical disproportionality have been defeated.

The EU’s directive on posted workers has been rewritten in a way that is detrimental to the V4, and the first mobility package put our freight companies in a hurtful, insulting position. And I haven’t even mentioned the brain drain, obligatory migrant resettlement quotas and the double standards implemented against us.

Dear Mikulas, should we not finally start behaving as equal partners to the western member states? Has the time not come for us to get organized and stand up for our interests? Why should we remain the EU’s dupes? Slovaks and Hungarians deserve more than this.