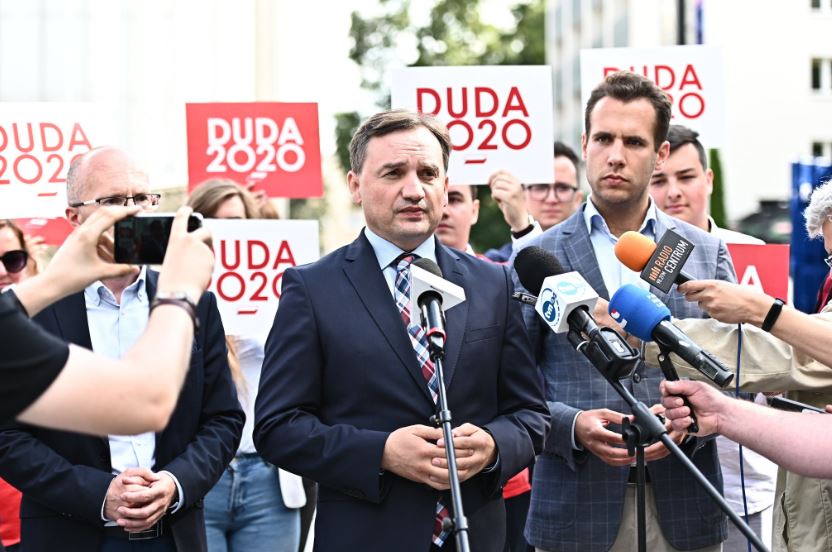 Ziobro announced at a news conference on Saturday that his ministry would file a motion with the Ministry of Family, Labour, and Social Policy to undertake formal proceedings towards withdrawal from the treaty. Poland ratified the Council of Europe convention in 2015, under the previous government. In the fierce social and political debate that preceded the adoption of the document, the current ruling Law and Justice (PiS) party, as well as the party’s then presidential candidate, the recently re-elected head of state, Andrzej Duda stood up against the convention.

Ziobro argued on Saturday that Polish law includes all regulations included in the Istanbul Convention, and in some areas, Polish regulations provide an even higher level of protection for women. The minister referred, among other things, to an amendment passed in May, according to which the perpetrator of domestic violence can be ordered immediately by police to leave the common household.

However, the Istanbul Convention also contains ideological clauses that are unacceptable to Warsaw and contrary to the Polish constitution, Ziobro stressed.

The minister stated that the convention approaches violence with the inclusion of gender ideology, while the Polish constitution is about the traditional family model, based on the relationship between a woman and a man. He objected that the convention distinguishes between biological and social perceptions of gender and obliges ratifying countries to incorporate this approach into their education systems.

Ziobro represents one of the smaller governing coalition parties, Solidarity Poland, in the cabinet of Mateusz Morawiecki. Polish commercial radio station RMF FM quoted government spokesman Piotr Muller, who indicated that the cabinet had not yet “taken any binding decision” to withdraw from the Istanbul Convention. Left-wing vice president of the opposition-majority senate, Gabriela Morawska-Stanecka, told the PAP news agency on Saturday that the opposition would use all means of exerting political and social pressure to prevent the withdrawal from the convention.